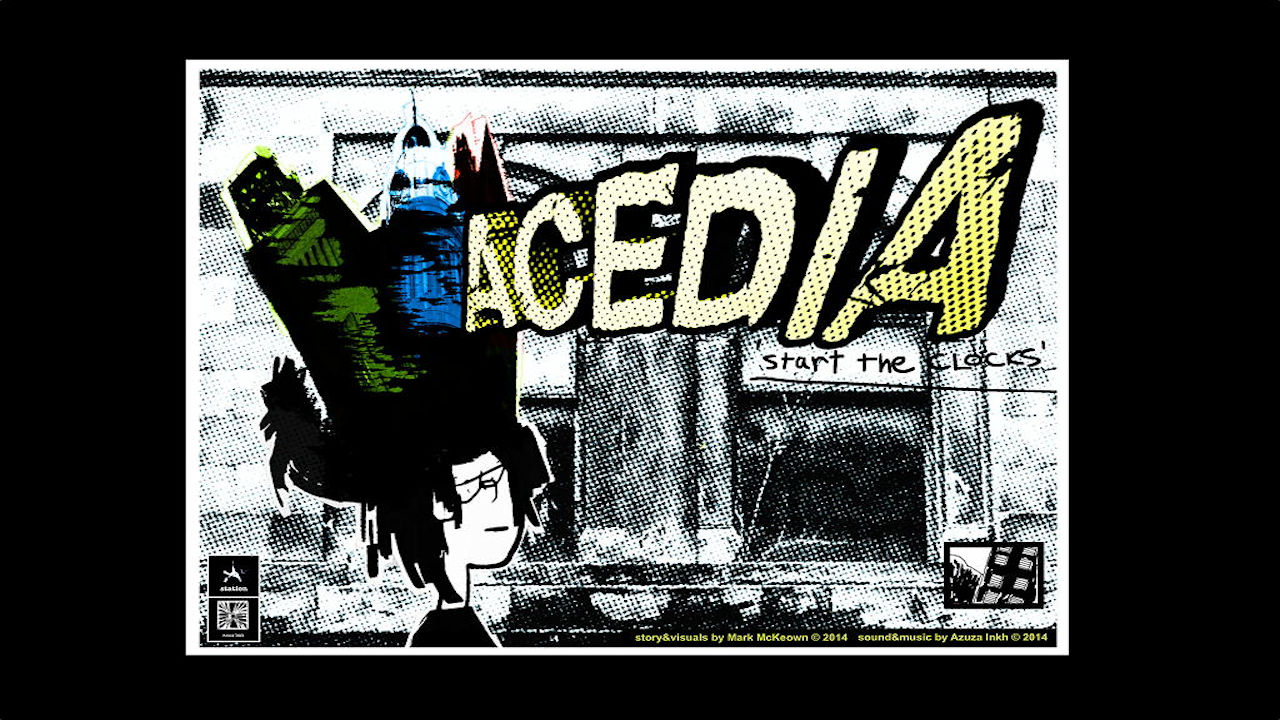 ACEDIA: A State of torpor Unconcerned with your condition or position. A Malaise An experimental, musical, animated short video. A surrealistic, semi-autobiographical musical journey through a young man’s troubled mind unreeling in a mysterious, expressionistic city. Surrealistic/expressionistic in tone, ACEDIA fuses 2D and 3D techniques stills and video into a meditation on the yearning (and dangers of the need) to escape the melancholy force of reality through dream and imagination. Interior/external worlds intersect and spacetime bends to reveal fantastic/frightening revelations lurking beneath the seemingly mundane surface of things. An abstraction born of experiences and feelings encountered in the early 1990s. The piece was originally envisioned as a live action short but the fantastic nature of its subject matter halted the production for many years. Dusted down after my connection with the New York/Boston based, experimental rock group, Azuza Inkh the script was re-envisioned as an animation that could take advantage of the recent advances and accessibility in relevant technology and software.