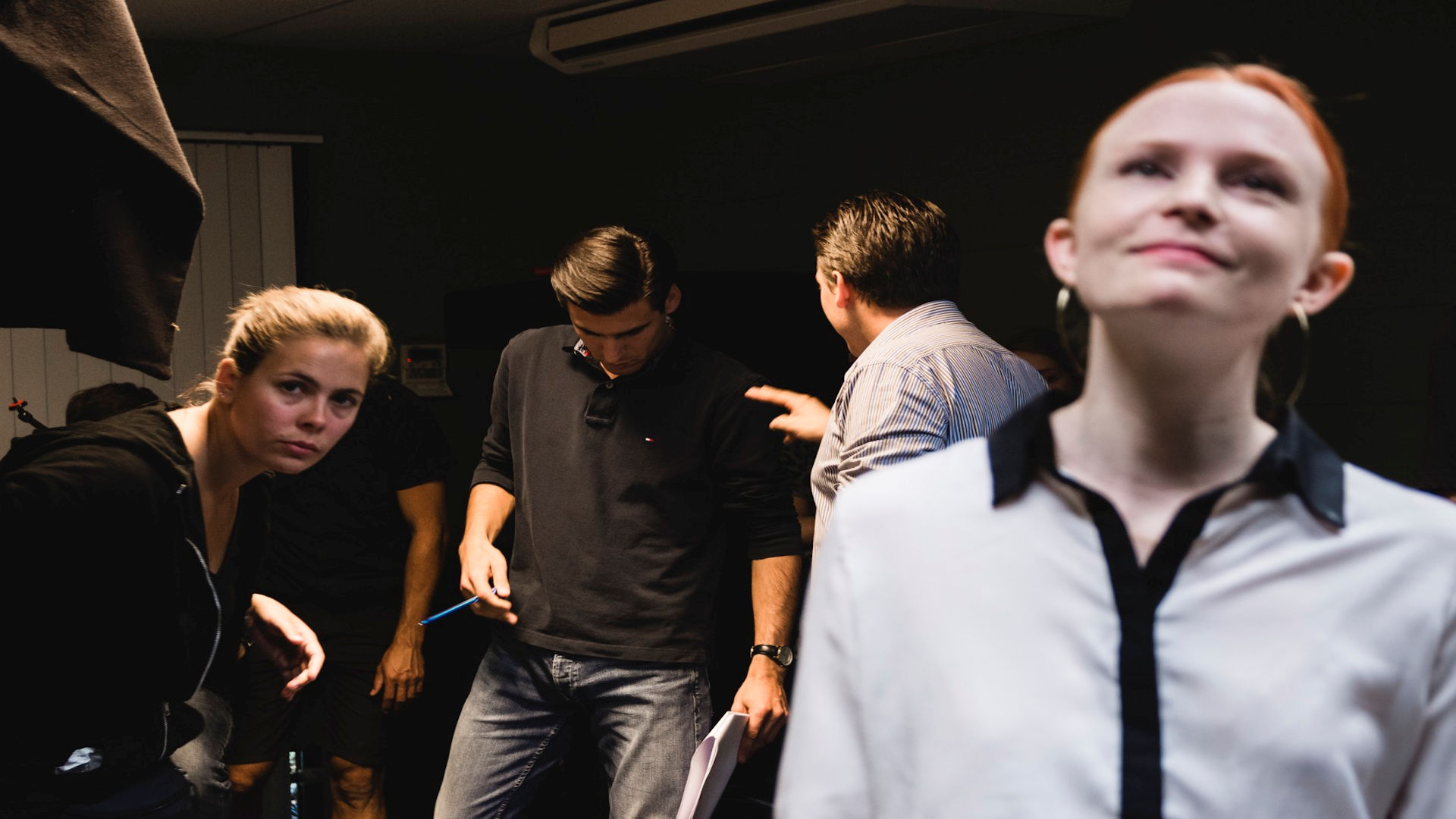 Go-getting head of department Eefje rolls into a well-integrated team where she is faced with three old hands. She wants to ‘streamline’ the department with modern management techniques but quickly finds herself skating on thin ice with one of her employees, Frederick. When she wants to organise a ‘debriefing’ at the end of the day, she thereby forces Frederick to abandon his plans for the evening. He takes revenge by disrupting the meeting in a cynical way, despite the positive but helpless input from his colleagues. Nonetheless, Eefje is determined to win the struggle for power in a civilized way. She takes her tormentor to one side and asks him to put his cards on the table. The perfect trigger for Frederick to shatter both her and your perception of reality…