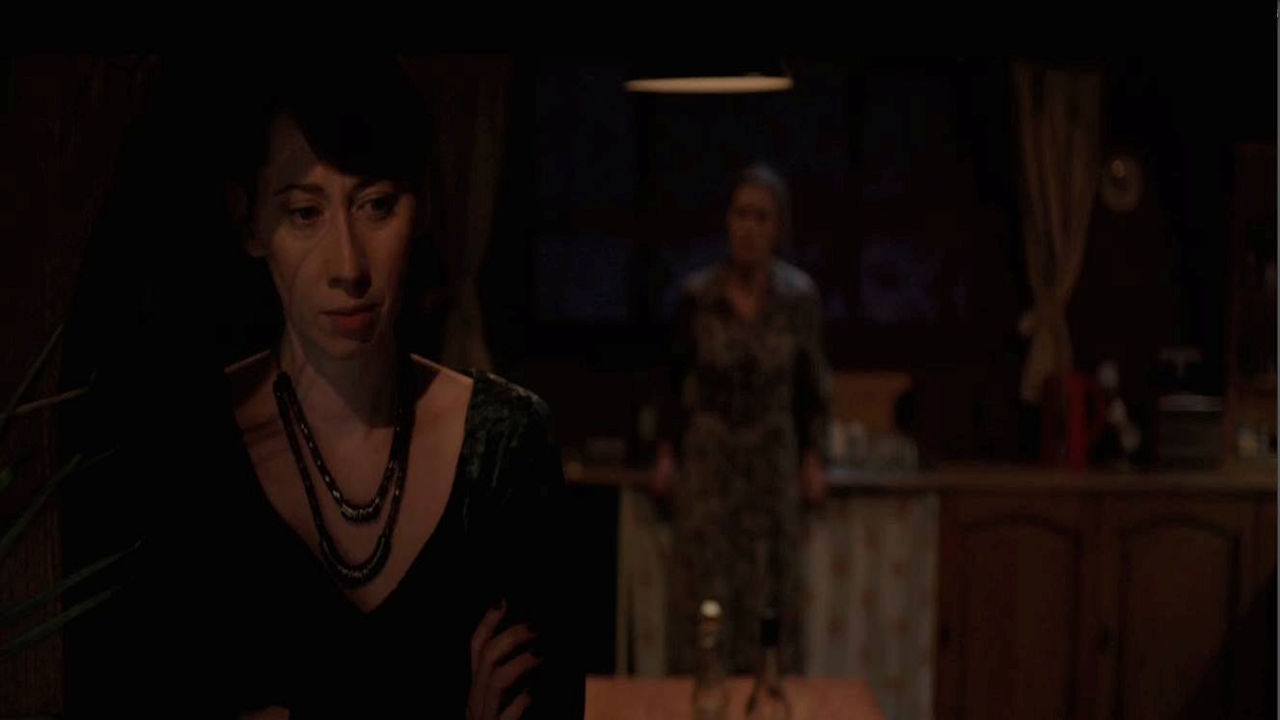 Brandy & Pep is a character driven piece that takes place in one location on the night before a funeral. Angie (early 30’s) has returned to the family home for the first time in 16 years on the day before a funeral. She spends the evening talking with her elder sister Mary (mid 40’s) whilst an open coffin occupies the room next door; one of them is clearly dead. Their discussions range from the awful apple crumble they had to endure as kids to the brutal truth about the woman who brought them up through to dealing with the dark secret that has defined their relationship. As Angie graphically recounts a recent suicide attempt we get to realise Mary is actually her mother and the secret is no longer hidden. However, it isn’t Angie in the coffin but Mary who has died of a stroke though Angie believes it was a broken heart. Angie tells Mary she is to have a child of her own, the pregnancy was uncovered at the hospital as staff worked on saving her life from the suicide attempt. Angie finally raises a glass of Brandy and Peppermint and says farewell.