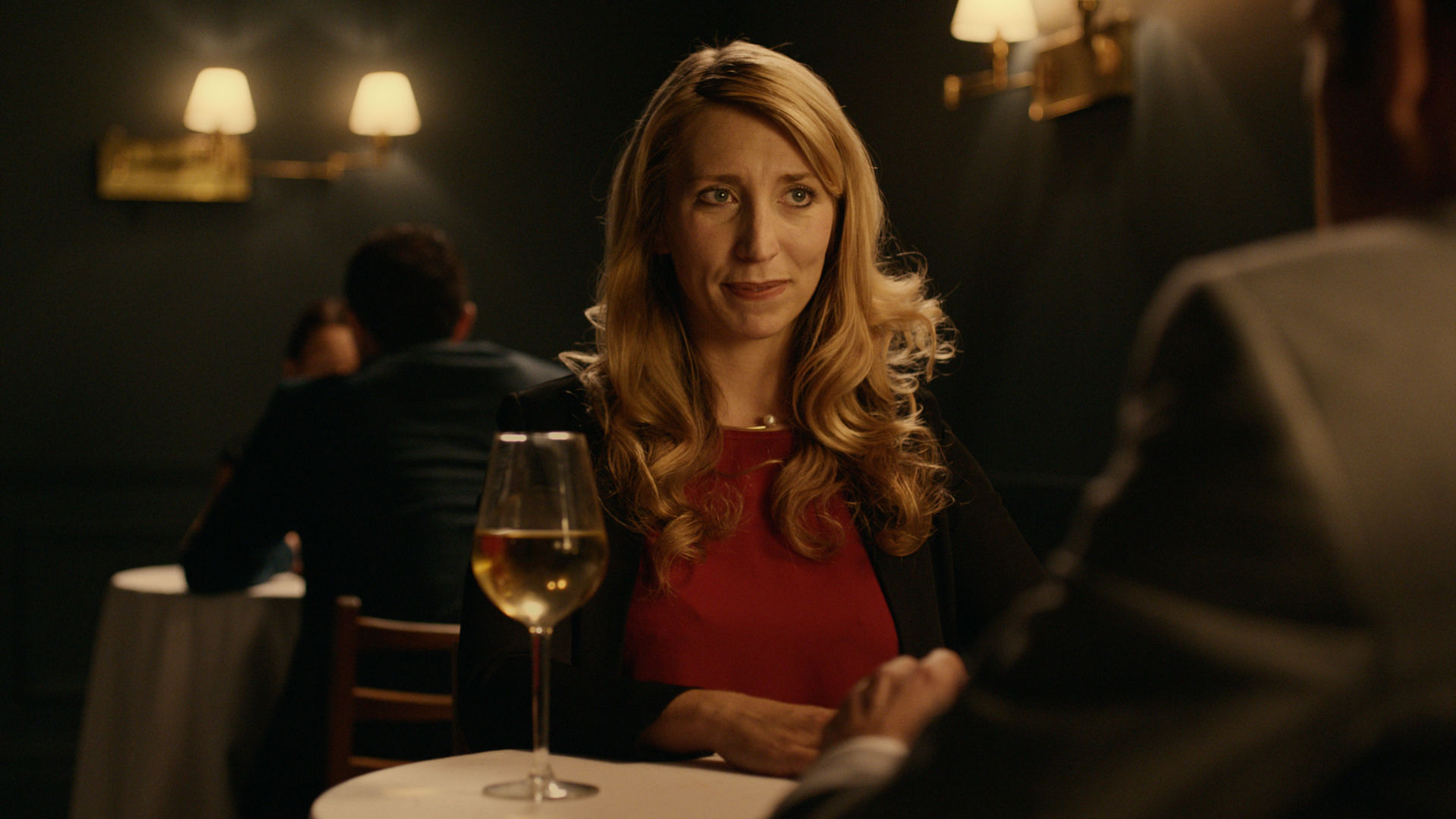 Charlie Cloudhead is an absurd depiction of a very common story – a man attempting to hide his feelings and soldier on while it is obvious to everyone he is deeply unhappy. Charlie sits alone at a quiet spot on his lunch break, he’s having a but of quiet time to himself. Always one to avoid his problems, Charlie has accumulated years of sadness, disappointment and regret into a cloud that hovers above his head. As he gets up to walk away we notice the cloud follows him wherever he goes. Later, Charlie and his wife Audrey are celebrating his birthday in a fancy restaurant. It is clear they are going through the motions and neither particularly wants to be there. The cloud is there hovering above him, although no-one seems to notice it. As Audrey makes attempts at conversation with Charlie, we see flash backs to his daily routine – in a lift, at the office, at the gym. Charlie’s life seems monotonous and he cuts a lonely figure in a crowd. Throughout the meal Charlie makes an effort to hide his feelings. Instead, the cloud reacts – growing bigger and darker every time Charlie finds something difficult to deal with. Eventually, Audrey snaps. She’s had enough of the evening, and is questioning the very point of their marriage. She demands to know what Charlie is really thinking and feeling. She forces Charlie to reveal the truth that despite having all the ingredients of a successful life (a good job, money and a beautiful wife), he is deeply unhappy and unfulfilled. There is a literal outpouring of emotion in a spectacular conclusion to the film. Charlie faces the tragic choice that he will have to destroy everything he has worked years to achieve for in order to have the chance of personal happiness.