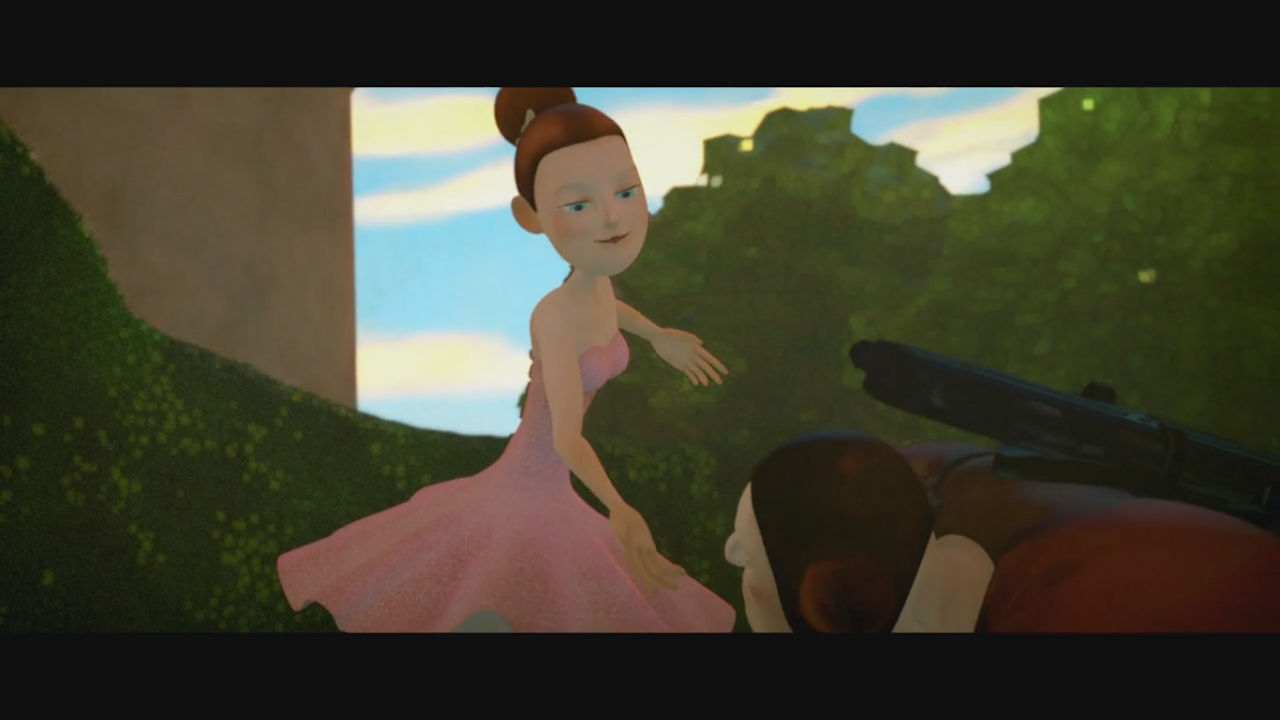 One cold winter evening the computer game Brutal Bullet becomes infected by a destructive virus; a virus of burning red two’s hitting the computer’s binary number system of white zero’s and one’s. Kane Skullhead, the main character of the game, can suddenly feel a beat inside his chest; a beat of life that activates the antivirus in the computer and starts a chase of life and death, which will eventually reach beyond his own world and have him collide with the world of a beautiful ballerina.