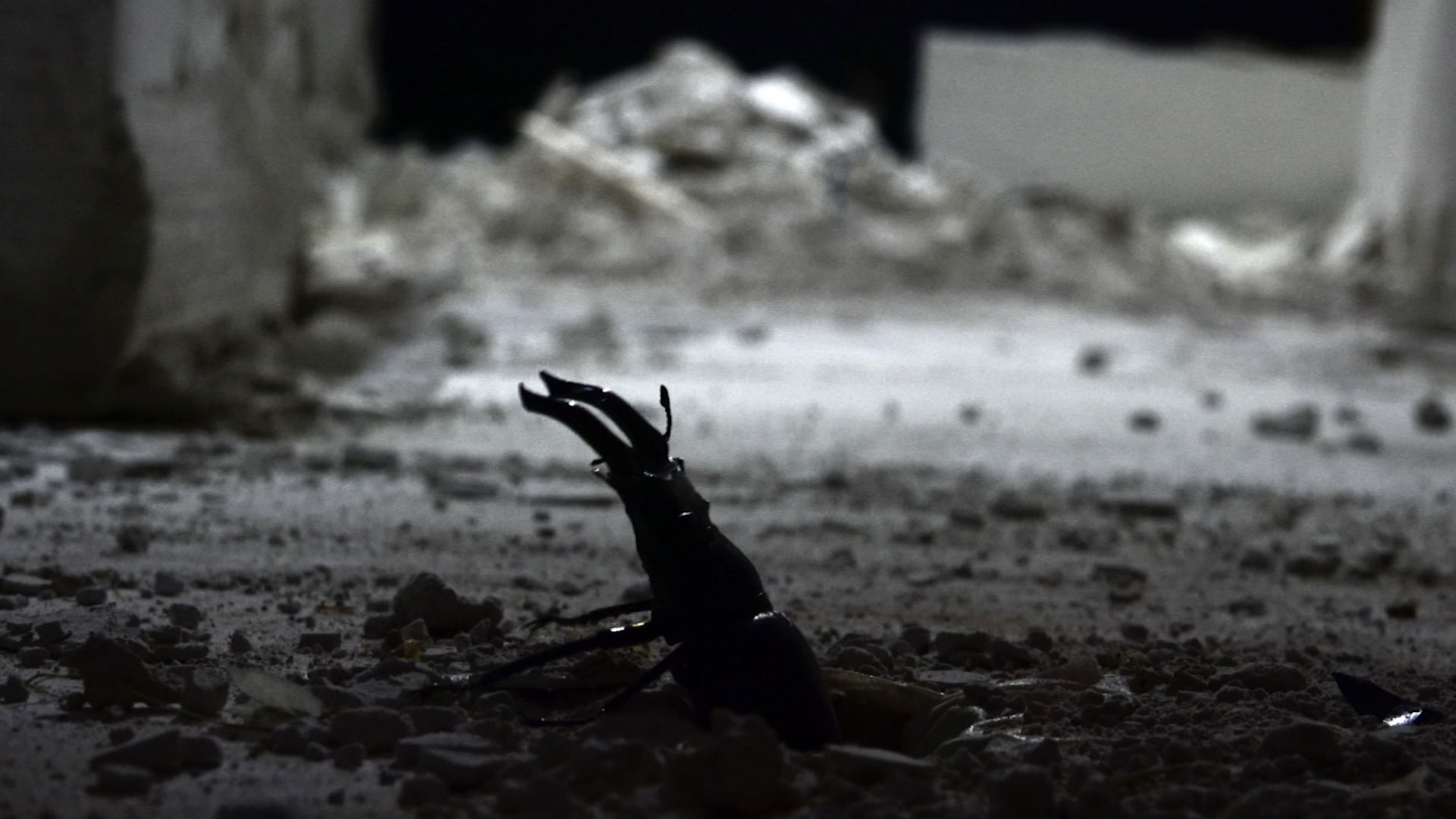 A City of Ruins brought to life by stagbeetles that have been cocooned under the ground for years developing into fullgrown beetles. They may have survived all the other creatures. Like the insects exoskeleton the city Exoville is both a protective shell and a sufaceexposer. Its inhabitants are forced to cyclical bargains for the species’ survival. Exoville is a posthuman urban noir where the stagbeetles has been given the baton to take the moviegenres such as war epic, splatter, horror, ninja and zombie movies further.