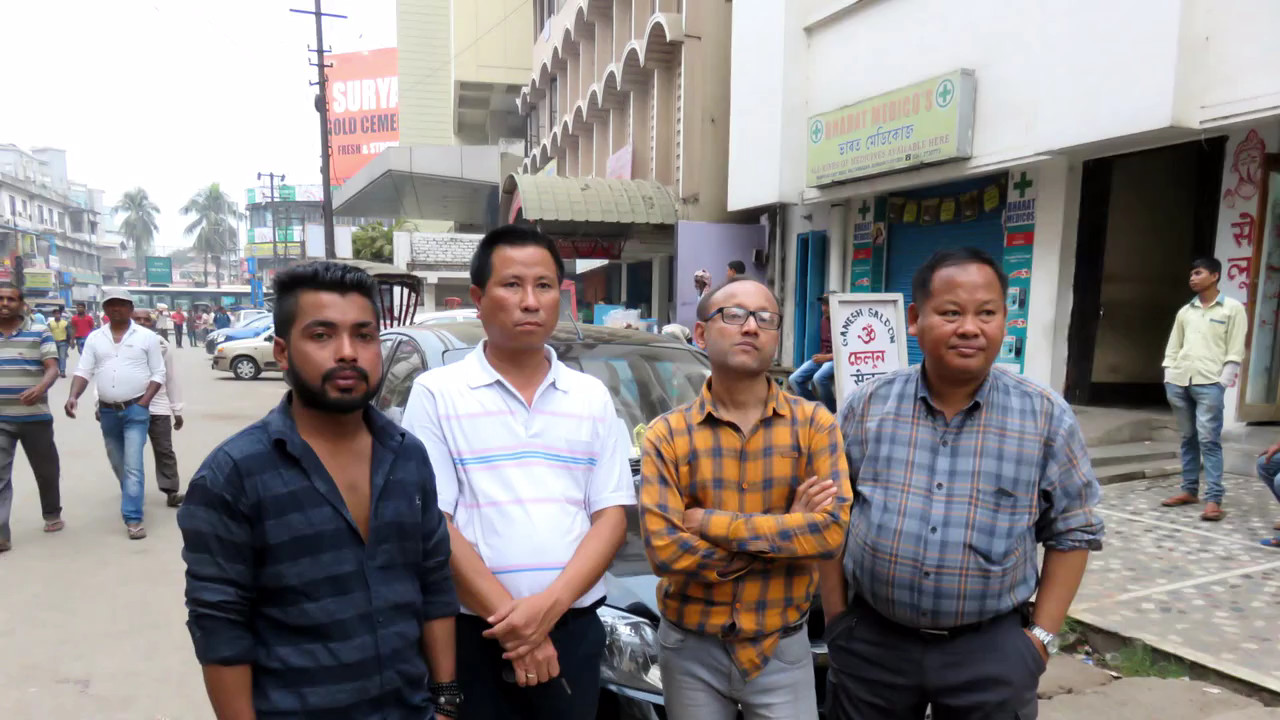 Guwahati is the capital city of Assam state of India. It is a very old city and it is one of the many cities of the world, with history of continuous human habitation. Many of the ancient archaeological sites and the artifacts are either excavated or are preserved in the normal course. But many are still to be unearthed. A range of hills runs in the east west direction in the middle of the city, known as the Narakasur or Narakaaxur hills, named after the mythical founder ruler of the Assamese entity, with the same name. Ancient ruins were laid hidden from the archaeologists both of the British colonial era and independent India, on the crest of the Narakasur or Narakaaxur hills. Team of consisting of the Dr. Satyakam Phukan, Orindom Borgohain, Pradip Dewan, Binoy Kumar Das, Alexander Chakma, Haren Baishya aided by a local guide Chanda Boro, undertook an expedition to explore the ruins on the crest of the hills, on the 19th of February 2017. Prior to that, an initial recce of the area was done by Dr. Satyakam Phukan and Orindom Borgohain. The entire findings were captured in video and this documentary created from it. The Archaeology Department of the Government of Assam and the Deputy Commissioner of the Kamrup Metropolitan District, Assam were formally intimated of the findings, for undertaking a formal excavation by professionals, to bring to light what could be called the GREAT WALL OF GUWAHATI.
If the ruins on the crest of the Narakasur or Narakaaxur hills could be brought to light, it would be a major archaeological find not only for Assam but for the whole world.