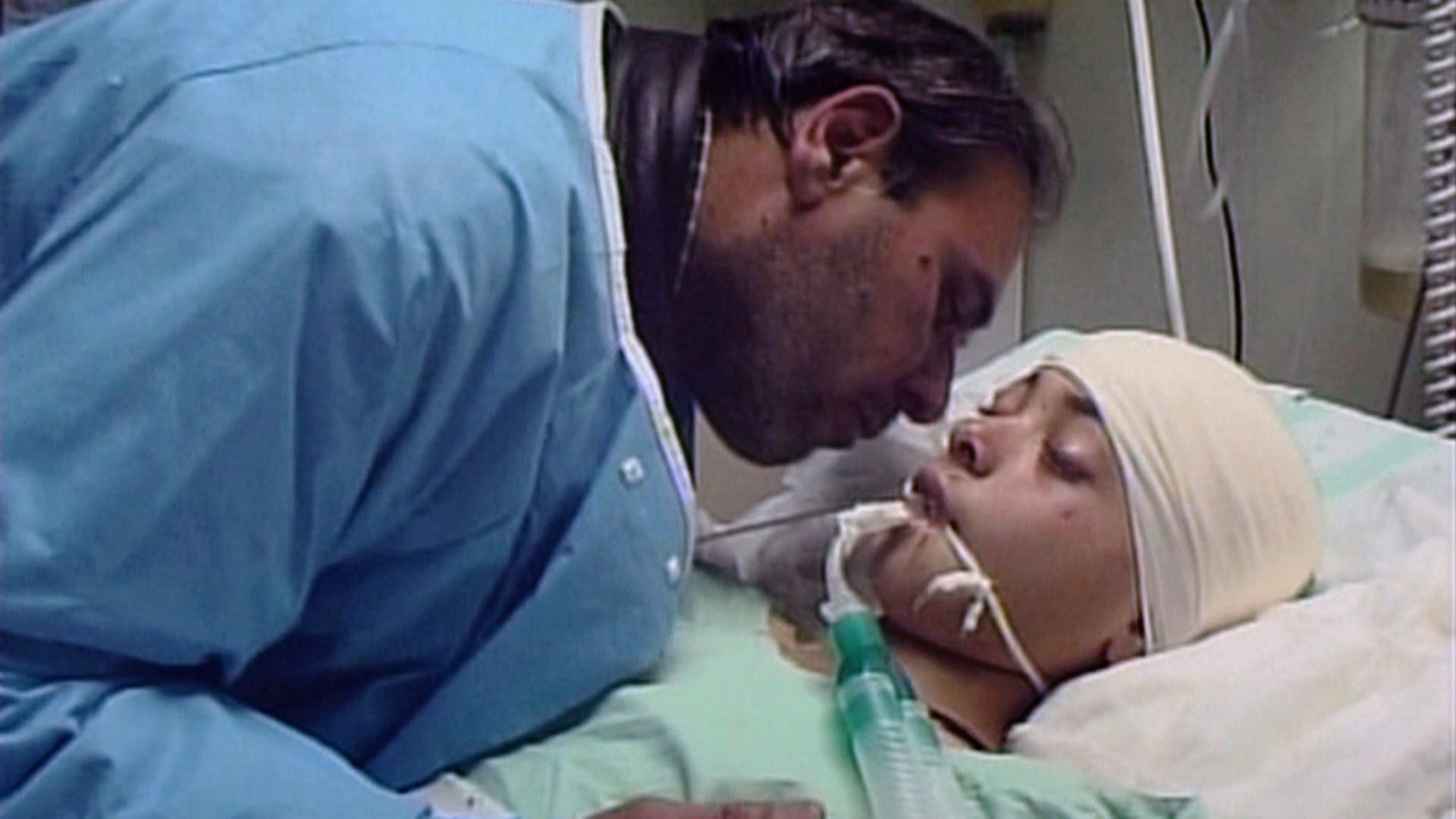 Twelve years in the life of a girl in Gaza who was blinded by a bullet. On 1 March 2003, 12-year old Hoda Darwish is hit in the head by a bullet while sitting at her desk in an elementary school in Khan Younis in the Gaza Strip. Hoda miraculously survives, but she wakes up from her coma asking when the daylight comes. The bullet blinded her. She struggles to come to terms with her altered life, doubting her will to live, amidst the endless violence in the Gaza Strip. Her family repeatedly brings her to Egypt in the hope that a medical operation would give back her eyesight. Her hope to be cured deprives her of the willpower to learn the techniques needed by visually impaired persons.  After the 2009 war, Hoda is visited by Mervat, the girl who sat next to her when the bullet came. Mervat is in university now. The encounter is a life changing moment for Hoda. She admits she has wasted years, clinging to the hope of seeing again. In the years after, Hoda surprises everyone by improving her life in a remarkable way.