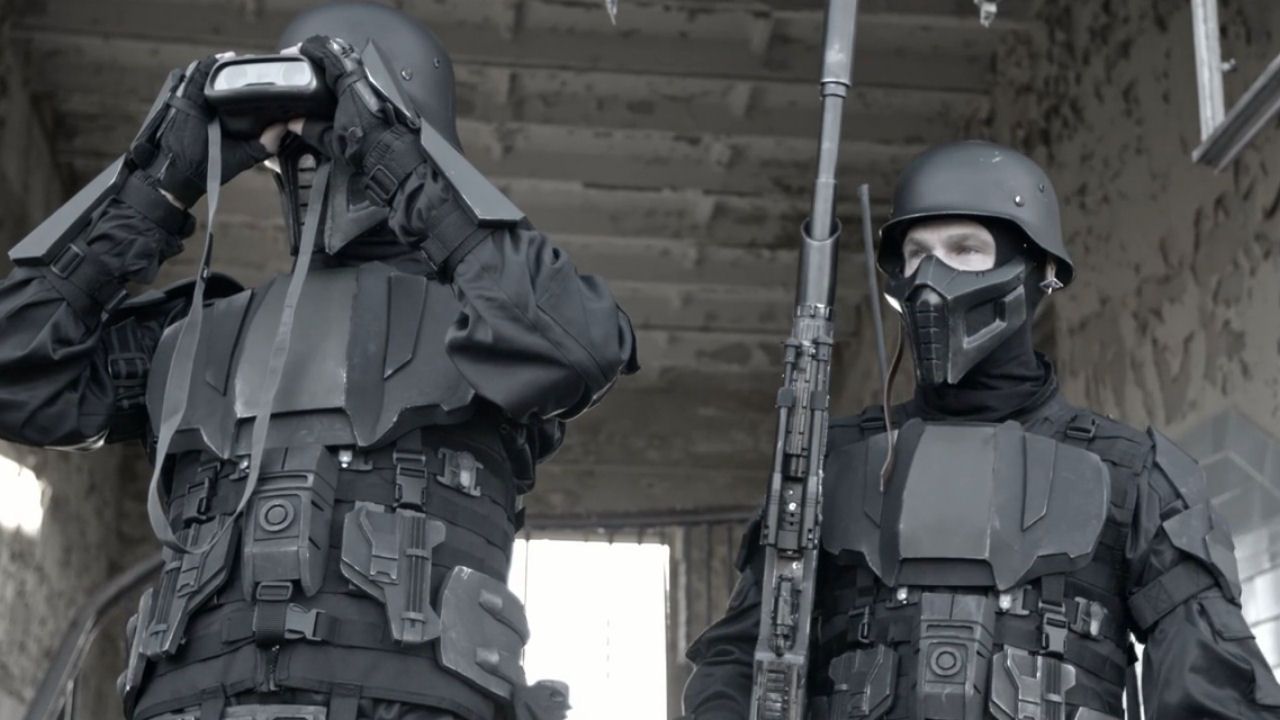 The year is 2044. A violent conflict permeates throughout the country. Various zones are ridden by chaos and terror. To put down riots, the regime sends troops but does not shy away from biological warfare. The wind seems to carry the toxic substances to every corner of the region.

Virtually indifferent to this, an off-track sniper unit prowls one of the recently embattled zones. Haggard, yet thinking themselves safe, they wander through the streets and rows of houses of the war stricken metropolis. Their aim is to make contact with the rest of their unit. In this forlorn world, they become aware of the consequences of their actions only late. The line between good and evil has become unclear. The battle is hopeless and there is no end in sight. Because war is hell and it has imprisoned mankind.