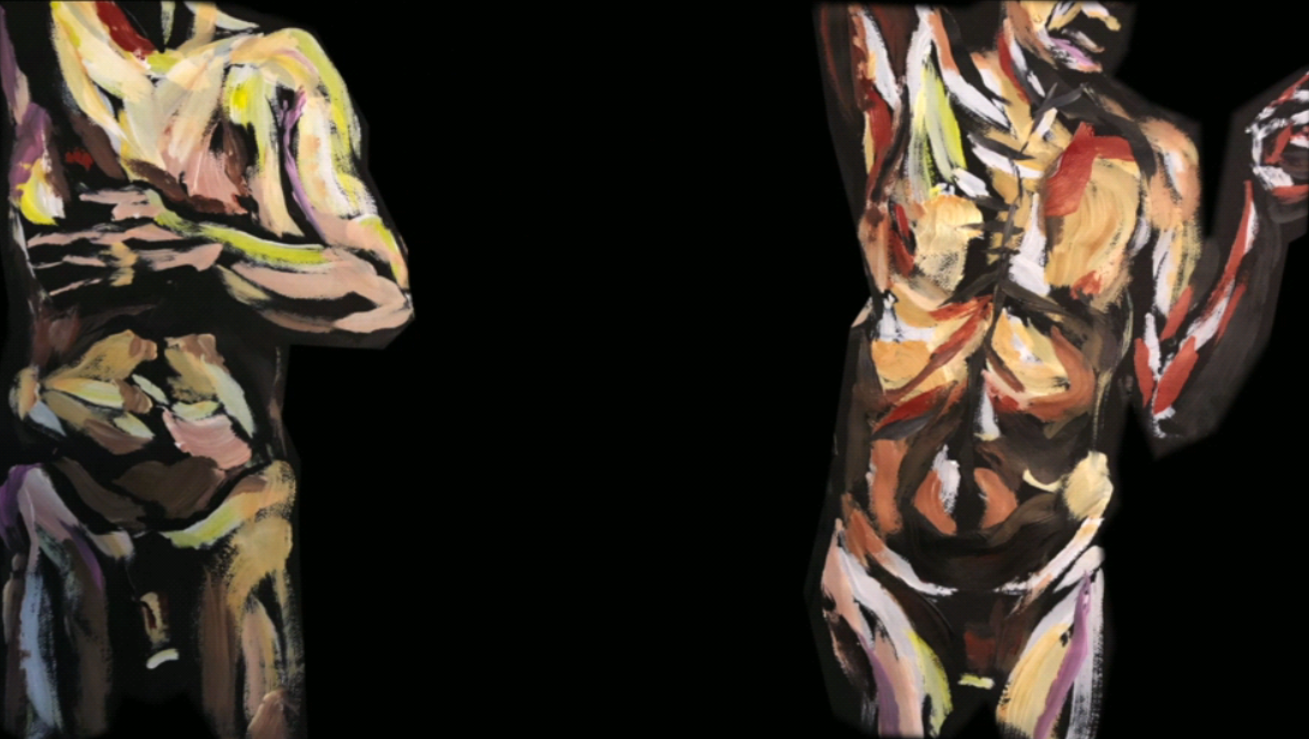 Prompted by the landing of the Perseverance on Mars, I wrote a poem that reflected on the planetary explorations between two bodies. On a three-day binge, I created a series of 20 paintings that became frames of a moving video comic strip to accompany the poem. Leslie Bassett’s vivid, atmospheric music became the underpinning of a paean to intimate encounters between two men, or between any two humans searching for connection. Walt Whitman goes to Mars!