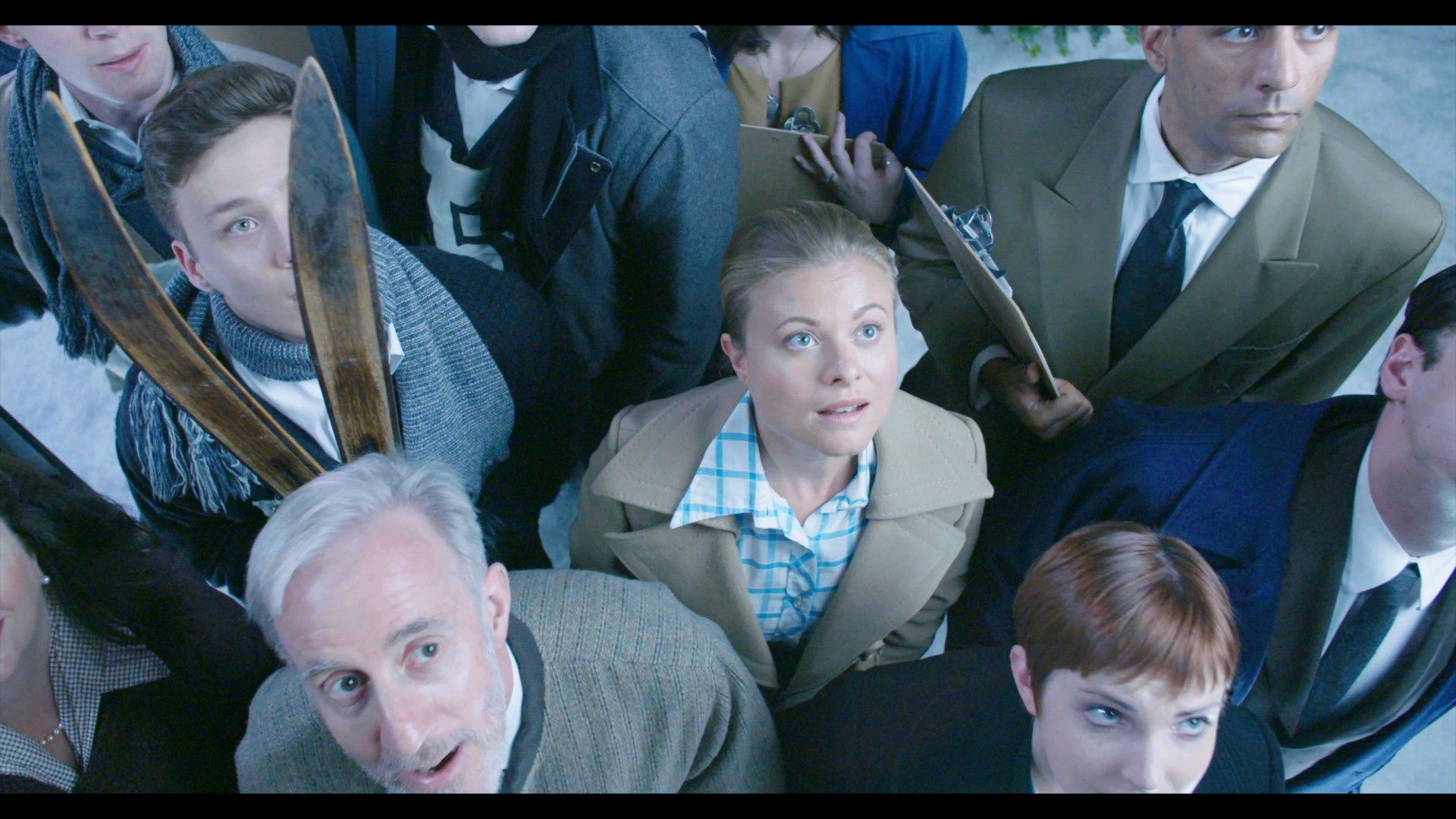 “My Husband’s Jump” is an adaptation of Newfoundland writer Jessica Grant’s stellar, Journey-prize-winning short story. In it, the wife of an Olympic ski jumper (Bonnie Piesse, Star Wars Episodes 2 & 3) watches her husband jump, but, most peculiarly, this time he does not come down. What unfolds is a storm of people turning to her for answers, seeking to understand how such an impossible thing could happen.

Filmed entirely on theatre sets in one arts hall, the film uses artifice and theatricality to evoke a storybook approach to wonder and the sublime.