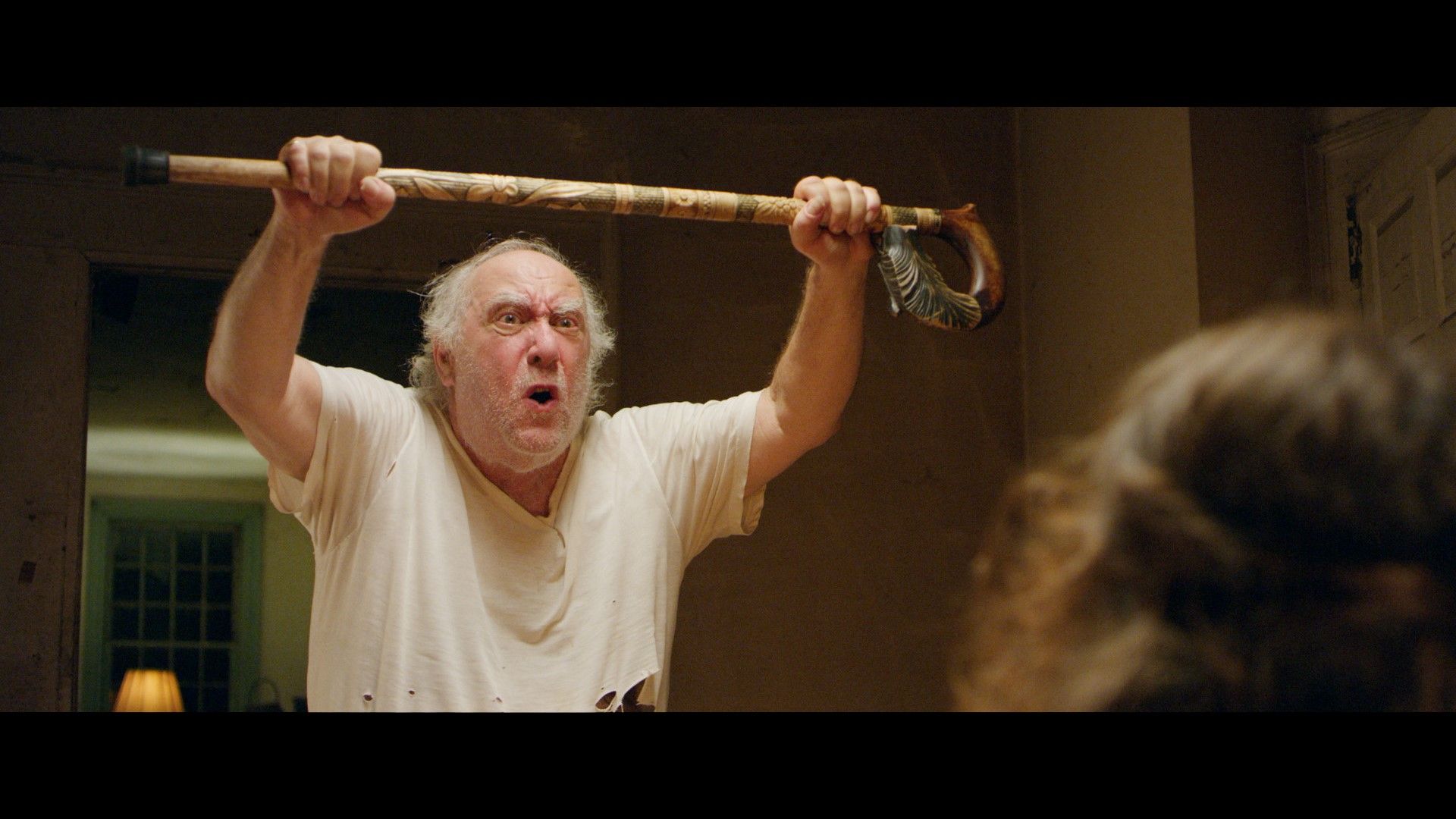 Maria lives in the woods with her eunuch companion.  From a faraway place she hears John, a lone man in an empty house, who is trying to put together a simple sentence form Revelation 22:13 (in Biblical Greek).  He keeps screwing it up.  Maria hears him and begins her journey to find him in order to put together the sentence.

John sends out maps of his coordinates to Maria.  As she makes her way towards his house, she begins to turn the phrase around. In the end he speaks and she sings the perfectly formed phrase from the New Testament.