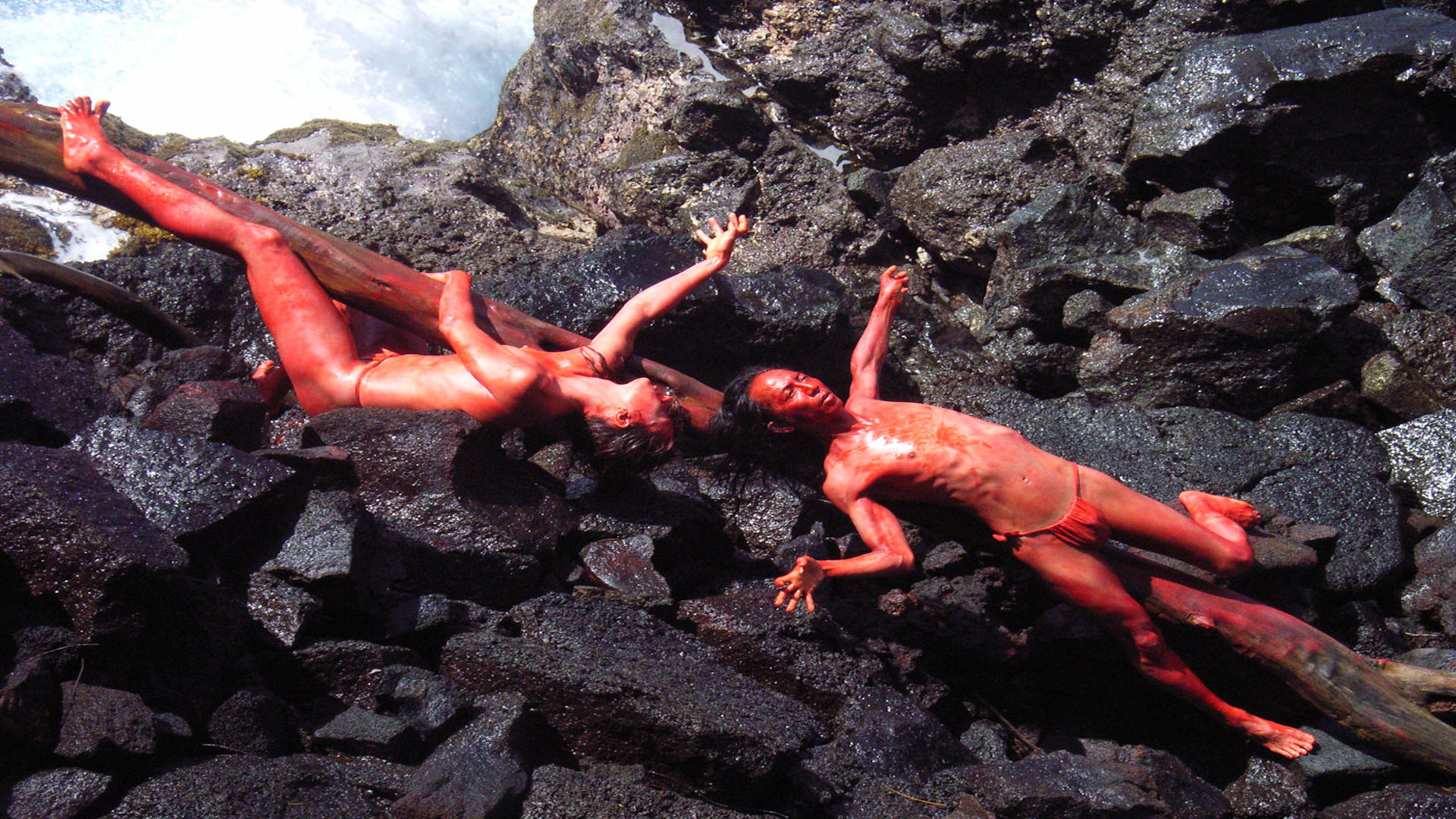 “Ridden by Nature”, is a film about humanity’s encounter with the Natural world in her most extreme, critical state. It is a culmination a ten-year collaborative relationship between filmmaker and creator, Kathi Von Koerber and butoh master Atsushi Takenouchi. Kathi Von Koerber began producing the film in 2004, joining forces with popular wildlife documentarian James Ewan (creator of EarthMedia), to document live butoh dance, performed on some of the harshest and most remote areas in the United States, including Columbia Glacier in Alaska, Red Rocks in Moab, Utah; and lava geysers in MacKenzie State Recreation Area in Hawaii.