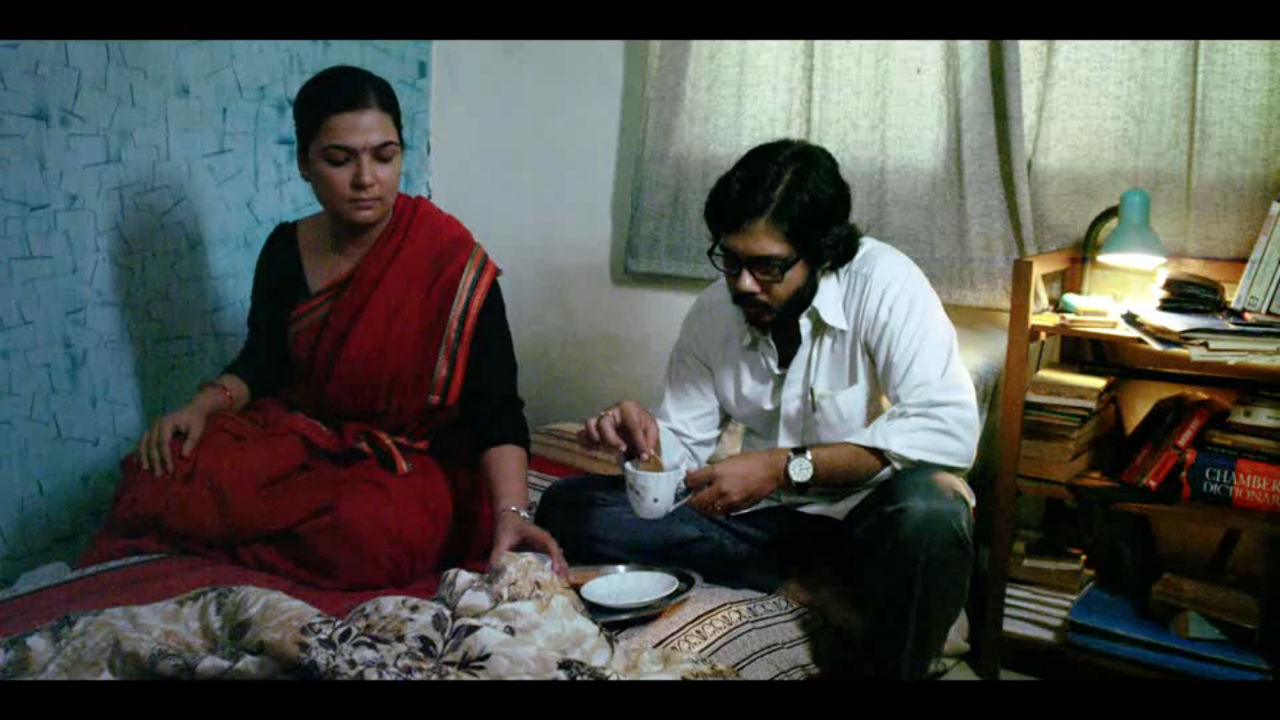 Shanivaar Ko Do Baje is based on the play by the same name by eminent Hindi author Surendra Verma. It is the story of an extramarital affair between two office going people. They have a clandestine rendezvous, practically every Saturday at two, at a borrowed nest; or is it just that? While the sexual aspect of a man–woman relationship is being fulfilled between the spinster and the married man, what binds them together is not merely the physicality of the relation but even more, the ”family” bond that they have developed. It is a bond that is lost in their respective families but exists in this relationship that society likes to label ‘ illegitimate’. It is a bond where they still enjoy ‘talking’ to one another. The story explores the connection that has formed between the two within and despite the restrictions imposed by the clandestine nature of the relationship.