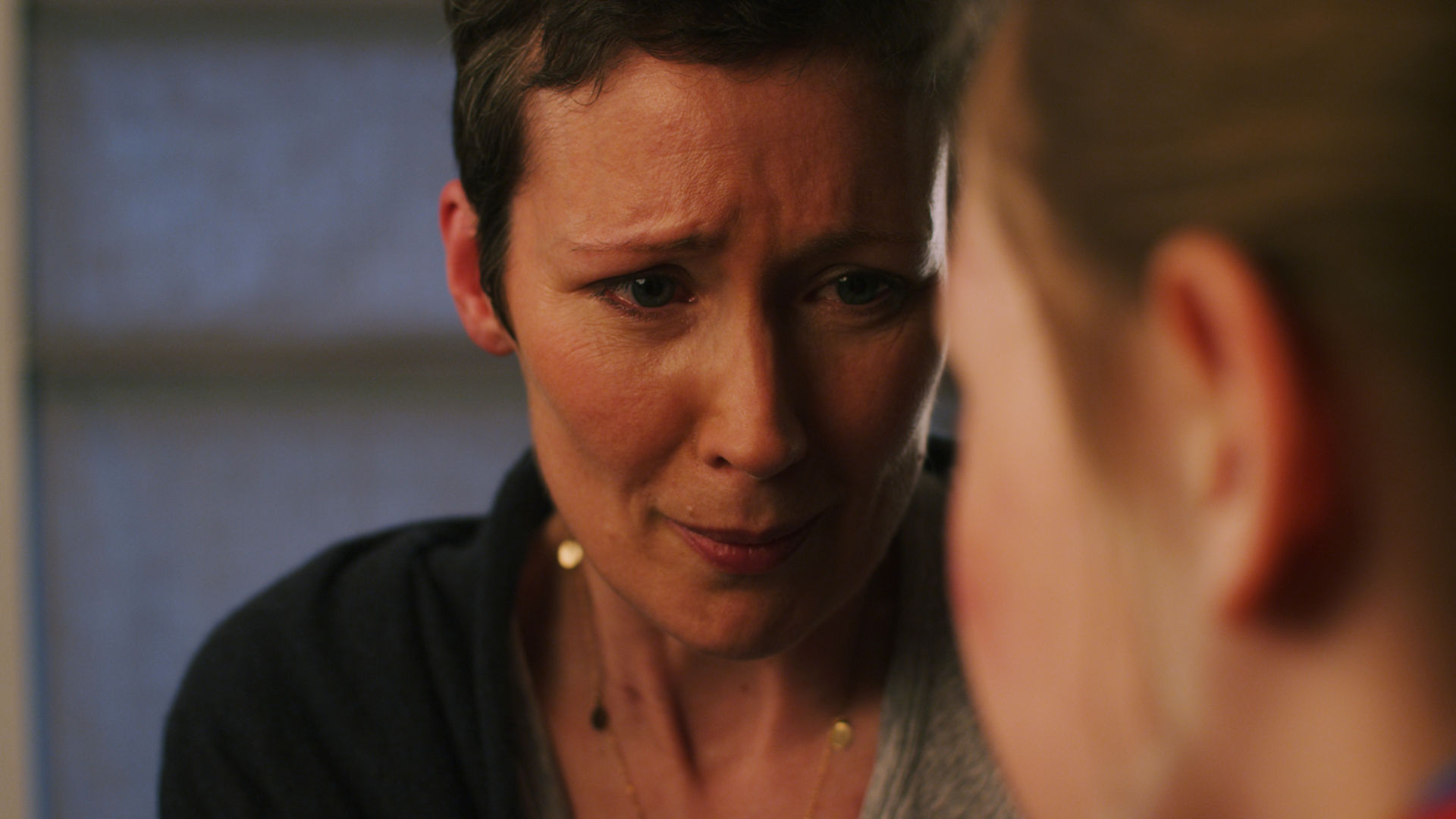 Craig and Heather exemplify a normal everyday working couple as they efficiently and wordlessly get ready for their respective jobs. But when their daughter Daisy (7), who has dressed herself as a Clown, doesn’t respond to Craig’s goodbyes, Heather’s anxiety foreshadows something far more sinister. As Heather helps Daisy remove her make-up and clown outfit, we flash-forward to see Craig stumbling out of a pub. But as he makes his way home Craig’s personal demons of guilt and remorse start to materialise into an large omnipotent clown. Desperate to shake it off, Craig runs from street to street but eventually corners himself high on a motorway flyover. A tearful Heather removes the last of Daisy’s fancy dress to reveal that her little body and face are covered in bruises. Craig’s dead body seeps blood on the tarmac, as Heather wraps Daisy in her arms.

What Grows out of Pink