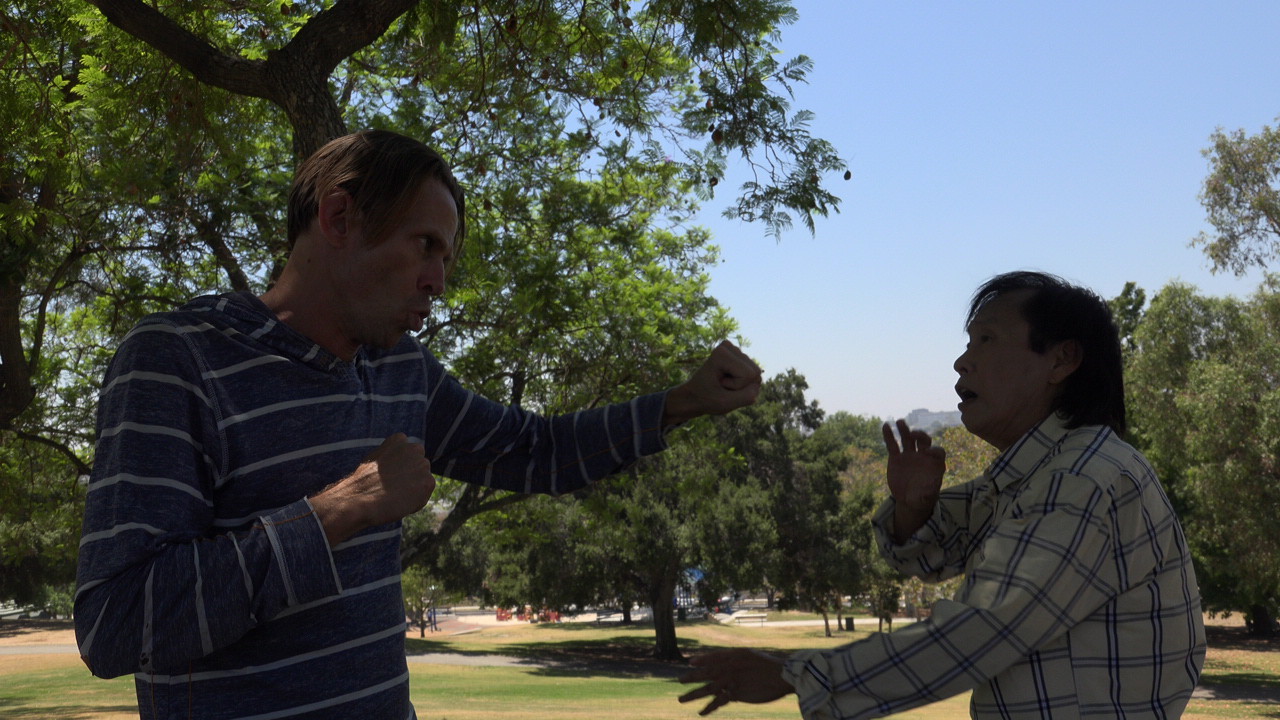 Walking Horse walks by, when he sees three people in the middle of a conflict. Alex, with blind sided determination, wants to take Nancy his ex-girl friend back home with him. But Nancy wants to stay with her friend Peter and she tries her best to talk her way out from Alex’s control. Alex turns violent and tries to hurt Peter. Walking Horse looks big and strong but he’s all show and no fight in him. Since Peter does not believe in violence, he uses his TaiChi/Kung Fu abilities to demonstrate his martial arts by using Walking Horse’s walking stick, to avoid a physical confrontation. A fight breaks out when Peter puts down the stick. Alex uses physical force with fists and kicks while Peter uses gentle techniques to over come Alex’s attacks. Peter makes sure he doesn’t hurt Alex. During that time, the three share their unity and friendship philosophy with Alex. This action resolves violence with non violence but there’s still a hint of doubt from Alex at the end. (story to be continued) The moral of this story is: There is no way to win by destroying each other. Because violence generates more violence. The best way to win is to help and love each other. When pre-existing discrimination turns into violence, the better way to resolve it, is with nonviolence keeping our love of humility and humanity alive. Logline: Three ethnically diverse people are faced with discrimination when they encounter a violent bully but are able to resolve the conflict with nonviolence and through the power of love and acceptance.