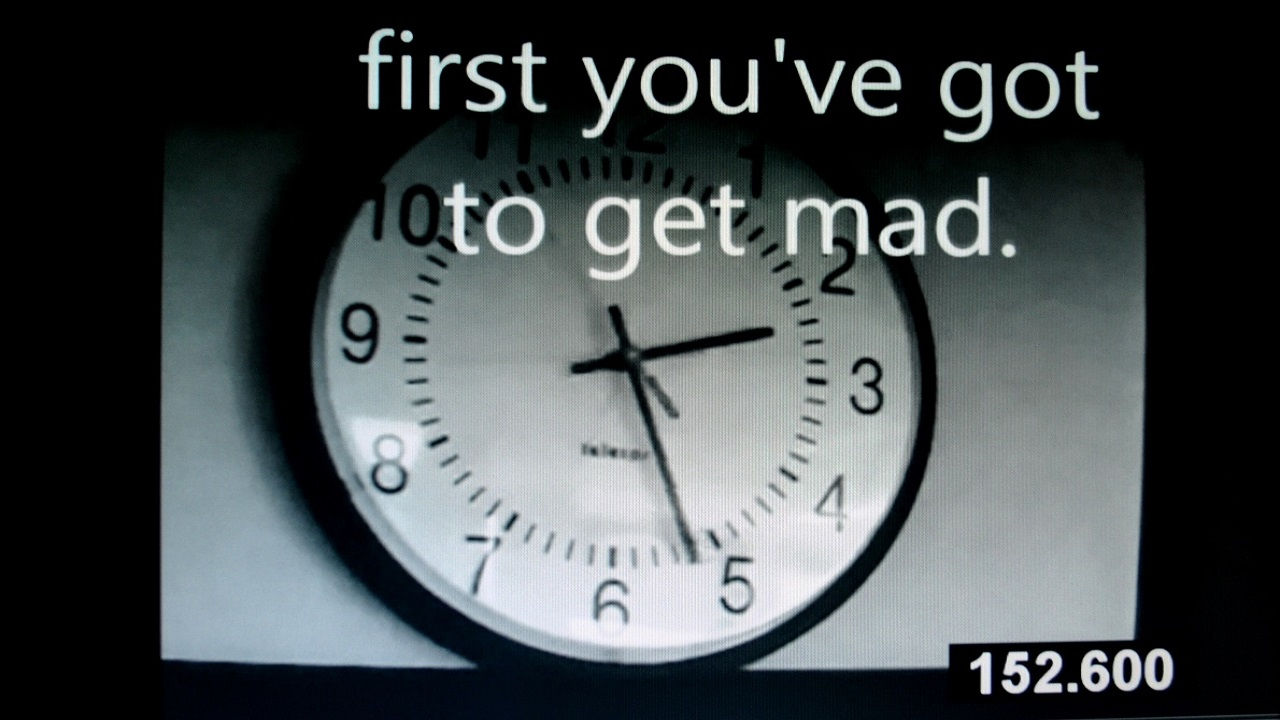 The movie “Network” premiered in 1976 and won a slew of Academy Awards including Best Original Screenplay. It also possesses one of the most memorable monologues in motion picture history, when Howard Beale played brilliantly by Peter Finch galvanizes the nation, persuading his viewers to shout out of their windows “I’m as mad as hell, and I’m not going to take this anymore.” What no one knew at the time was how prophetic Network’s portrayal of the blurring of lines between news and entertainment would be. The Network of 1976 has become the norm forty years later in the manner in which current day news is broadcast to the American public. This brief art film in a very humble manner pays homage to Howard Beals’ ranting monologue.

Sticks and Stones Trilogy: The Words Spoken, The Words on the Body, The Marks on the Wall

The Case of the Deranged Sommelier