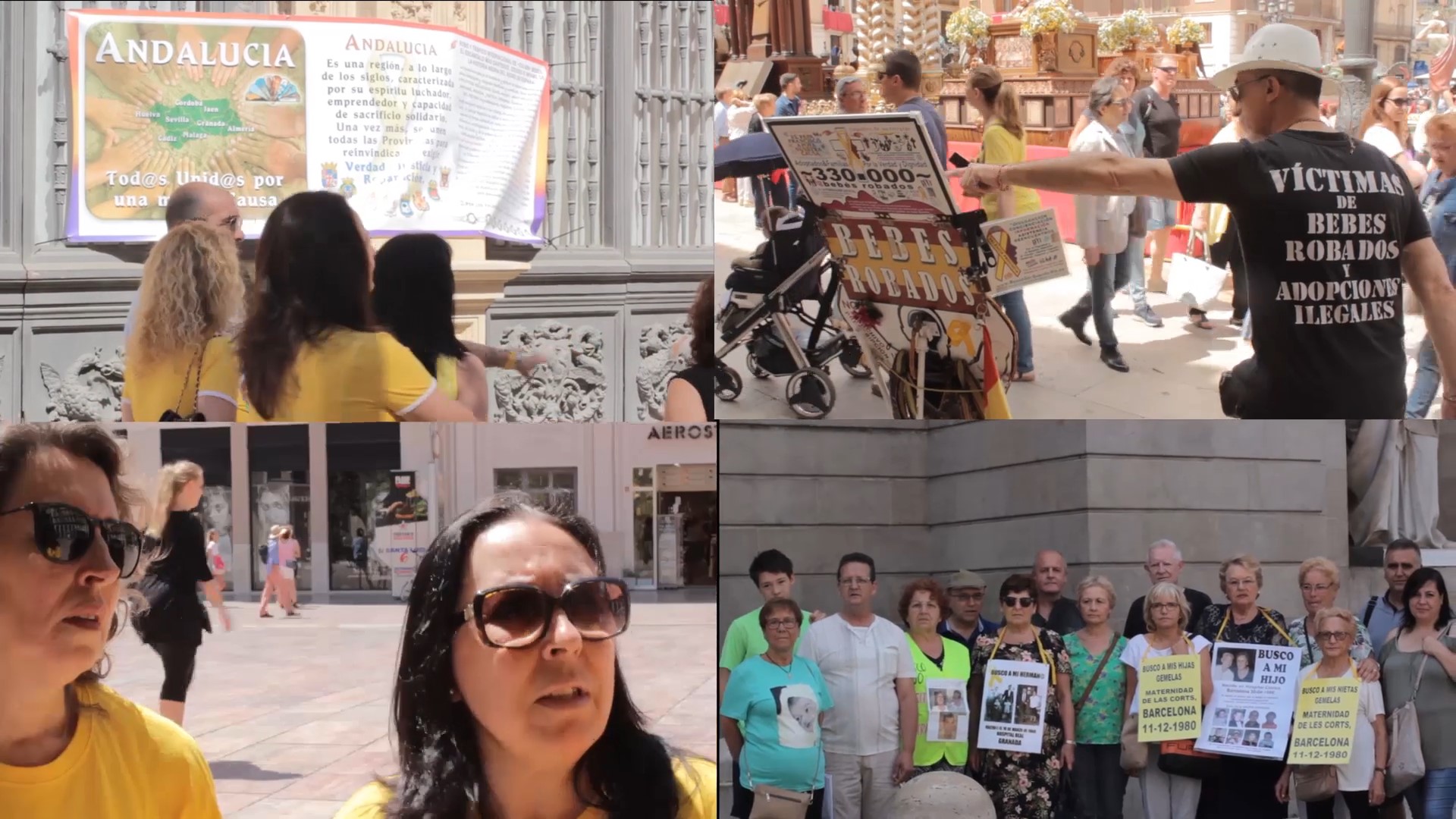 Tells the story of babies (now adults) stolen between 1939-1992 in Spain and their search for truth, justice and reconciliation in a system determined to keep the truth dead and buried.

This feature length documentary film is based in part on over 300 victim interviews and 4 years of research and combines intimate, personal interviews with live action footage of victim rallies in Barcelona, Valencia, Malaga and Sevilla , public protests, and behind-the-scenes coverage of victim strategy sessions, meetings and an inside the courtroom look at the notorious Dr. Vela trial (accused of stealing hundreds, even thousands of babies over decades) to provide the audience with a complete look at this horrific human rights violation and struggle.

This documentary also includes an exclusive interview with a current Member of the European Parliament who has investigated this issue in Spain on behalf of her committee as chairwoman. She shares her upcoming plans, hopes and frustrations moving forward from an international perspective on this issue.

This documentary was filmed on location in Spain, USA and Puerto Rico.

The film is in Spanish with English subtitles and the narration is in English.

While telling the story of dozens of actual victims and their search for truth, justice and reconciliation, the film also introduces and follows a handful of main characters to better understand the contours of this broad issue;

Ines Madrigal, a stolen baby and adult accuser of Dr. Eduardo Vela, and so far, the only victim to ever have her (or his) day in court.

Enrique Vila, a lawyer, author and victim himself, who recently lobbied the Pope to take action on behalf of stolen babies in Spain and who is arguing a case before the UN as of the summer of 2019.

Ascension Lopez, a victim who finds herself facing possible jail time for stating the facts as she knows them in her case which implicate a powerful and influential Nun, who is also a relative of Ascension.

Clara Alfonsa Reinosa, a victim who claims that the current Minister of Defense for Spain played a key role in taking away her baby as a young adult whom she (Clara) has recently been reunited with and continues to press for her parental rights.

Raquel Clark, an American who resides in Florida and Magaly Davila, a resident of Puerto Rico, both of whom were stolen and taken from Spain as infants, and whom both continue to search for their true biological family through investigations and DNA testing.

Truth. Justice. Reconciliation. The struggle continues for thousands of victims and their loved ones and this film is proud to chronicle this struggle.