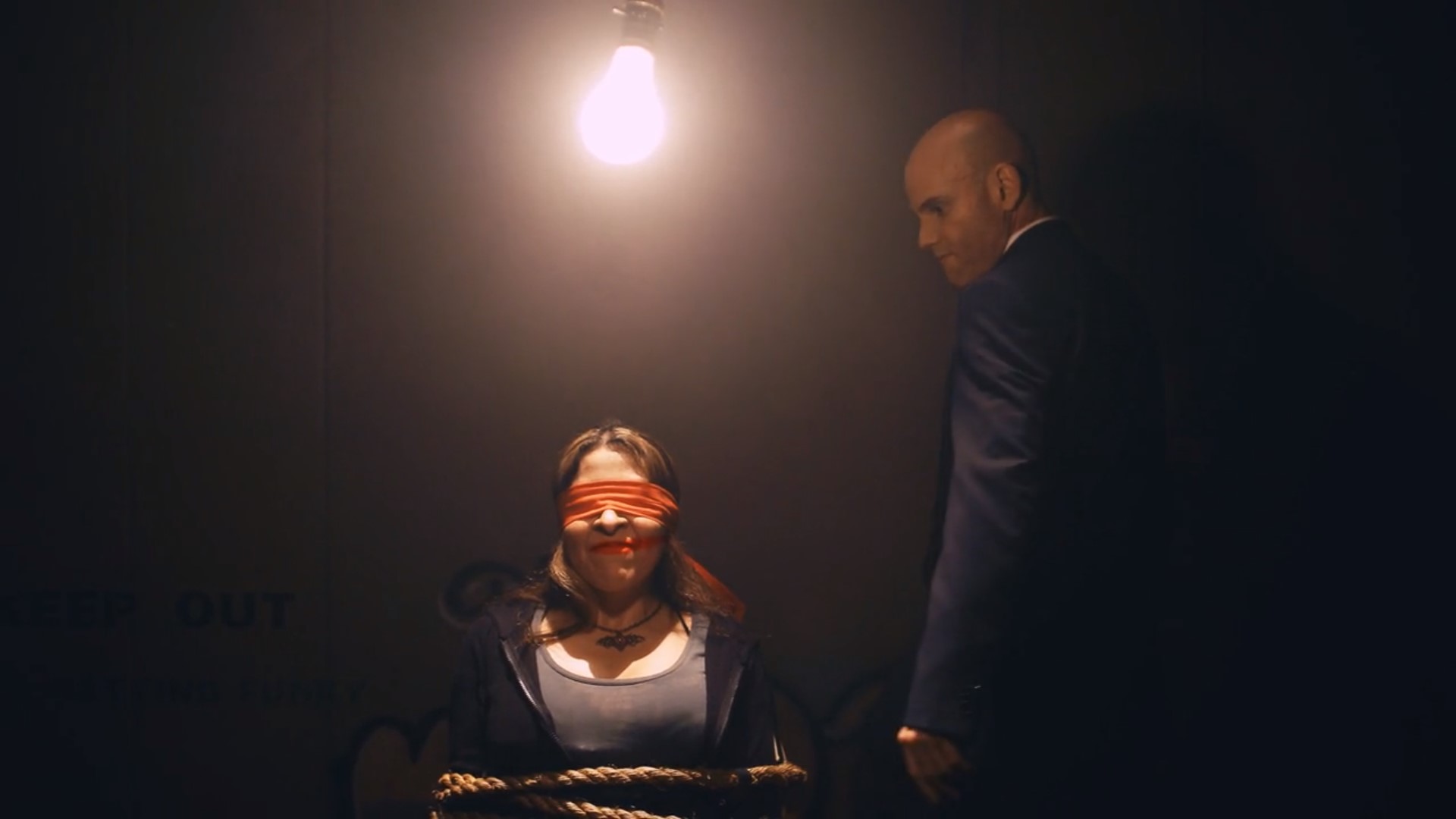 Short film and music video for the song “The Camera’s On” from the album Gleams by Robbie Gennet. It is an intense and surprising commentary on the state of surveillance we all live in with a thread of the death of patriarchy running throughout. The video is a unique trip into a strange universe where Reservoir Dogs meets Eyes Wide Shut and then some. Both leads Danny Shorago and Chriselda Pacheco give tour de force performances as the tables turn and the plot twists and thickens.

Gennet’s 2016 music video “Come Down” was shown at film festivals worldwide. It won Best Music Video at the California International Shorts Fest in Fall 2016, then took the Audience Choice Award and Best Hair/Makeup at the Reel Time International Film Festival.

Gennet’s music is hard to peg in terms of style, genre or band. It is uniquely new music yet there is an accessible familiarity to it all. His music is perhaps best described as “multi-dimensional, progressive, piano-driven pop/rock.” Or, to compare his sound to well-known artists, some people have heard glimpses of Father John Misty, Arcade Fire, Rush and the Killers on this album.

A review of the album “Gleams” which “The Camera’s On” song is included on:

“With Gleams, Robbie Gennet has produced a set of very appealing sophisticated songs that draw on a long history of good music. I am reminded of such classics as Goodbye Yellow Brick Road, Grand Hotel, The Original Soundtrack, Crime of the Century, and so on, along with more modern music by Phideaux and Johnny Unicorn. While I wouldn’t generally call it “progressive rock,” it’s the kind of thing that can definitely be called “art rock” or “art pop.” These seven songs total under 25 minutes, but they all have time for development and refinement. Most of them a centered around the piano, with no electric guitar in evidence at all. Bass and drums provide good support, and strings are used to great effect throughout. Many of the lyrics comment on social issues, though there’s no sign of preachiness. I know very little about Gennet — he’s got a few credits as a guest musician to his name, but nothing that would have prepared me for the quality of this work. This is fine stuff, and provides a tasty antidote to heavier fare. I love heavy music (in the sense of seriousness and weighty instrumentation more than loudness), but it’s good to find something that heads in the opposite direction but avoids being sappy or inane. Definitely worth checking out.” – Expose Online 10/2018