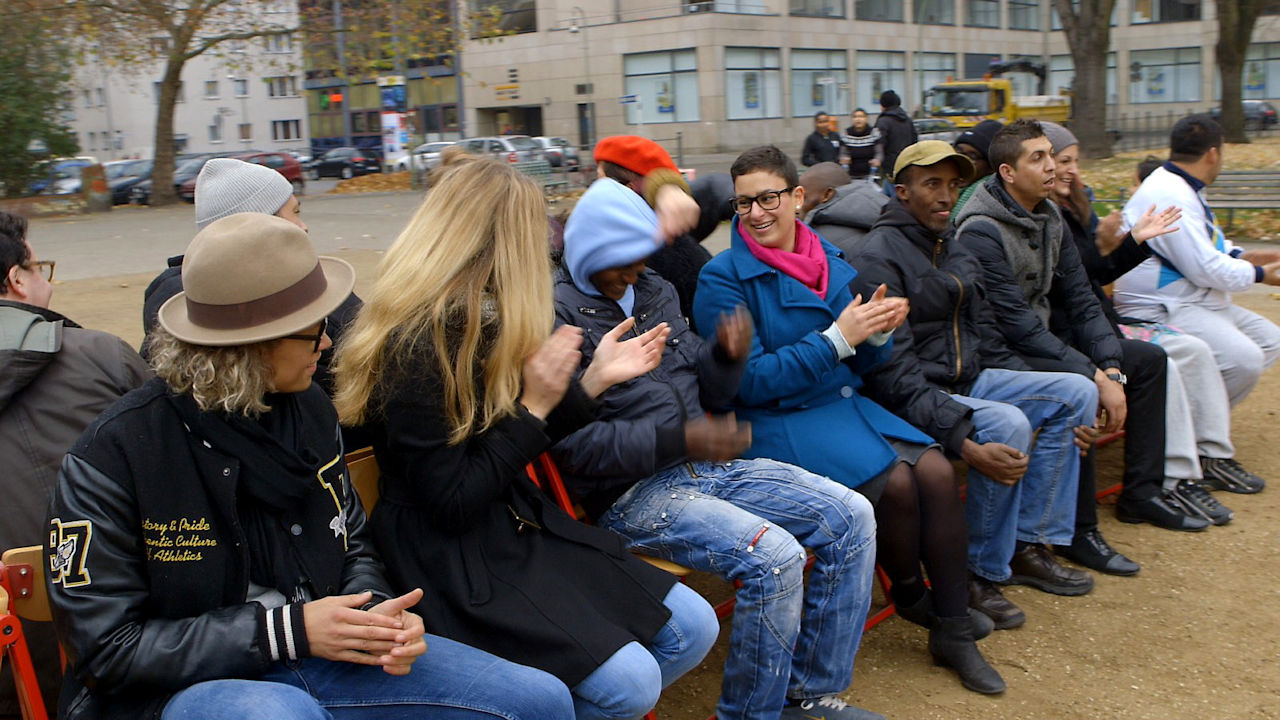 Italian video artist and performance artist LIUBA continues her work focusing on the European ‘Refugee Problem’ and on the struggle for immigrants rights. The performance is a public play of the children’s game, Musical Chairs (called Trip to Jerusalem, in Germany). The idea of the performance is to play a game that is symbolically a mirror of what happens in reality: there is not always enough space for everybody. Playing the game allows people to experience first hand the possibility of being refused, the fight against others for finding a place and the feelings connected with that. The performance is conceived to include as participants both refugees and citizens to represent the multiracial society of our times and the problem refugees face when entering a new country and their attempts to integrate. The location where the performance was hold is very important and symbolic too. It’s Oranienplatz in Berlin, where the tent camp of the refugees’ rights protest was held. The performance took place just after the camp being evicted by the police.