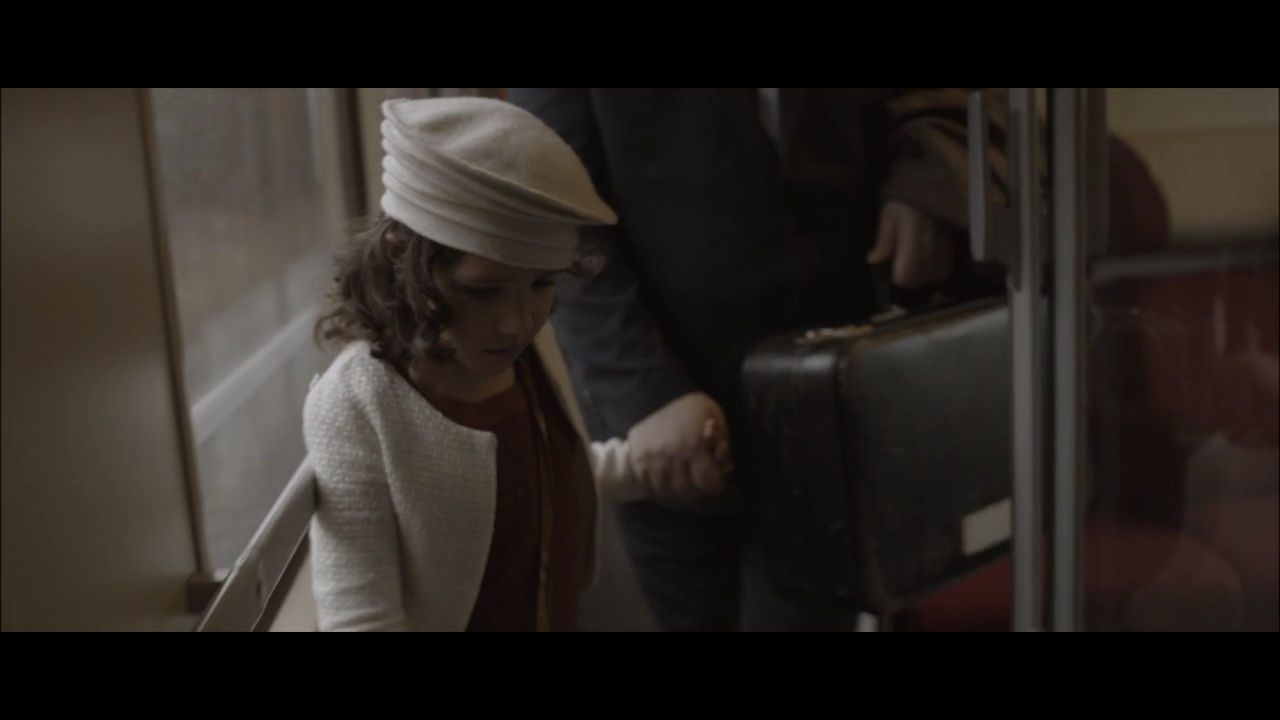 When a young woman, Helene, tries to seduce Jacques on the train, is it too good to be true? Jacques, an elderly man, who boards the train before a girl holding hands with her father and a woman, offers to load the woman’s suitcase in the overhead bin. After a long enough time for the woman to catch a nap during the ride, she awakens to find the elderly man sitting across from her intently reading the paper. Unabashedly, she asks for his name. Nervously, he answers while he continuously shifts his eyeglasses through her showing of gratitude for his display of gallantry and quickly affixes his eyes back to his newspaper. Undeterred by Jacques constant aloofness, the young woman introduces herself as Helene. As we follow behind the little girl, holding hands with her father, we hear Jacques’ voice having a conversation with the little girl – apparently, the little girl’s name is also Helene. Unable to see the girl’s face, Jacques reveals that she seems troubled, in what seems to be his flashback of the conversation. It’s right then, the attractive woman, sitting across the way, breaks his concentration again but this time decides to boldly grab the newspaper from his hands to see how he’s progressing in the crossword puzzle. Sitting extremely provocatively, she shows a lot of leg extending out of her short skirt and holds out her hand beckoning for his fountain pen. After lightly teething and sipping on the tip of the pen cap, she figures out the word that he’s looking for is “pipe.” After what would have been passed as a superfluous exchange between the two, with some ogling by the old man, it’s apparent the woman has a “thing” for older men, as she makes her intentions known to the point that Jacques swallows hard, his mouth goes agape and is nearly paralyzed in his seat. With unflinching persistence and mischievous smile, Helene keeps pressing him for something that will drive him wild. By this point, he’s incredulous – can this be real?