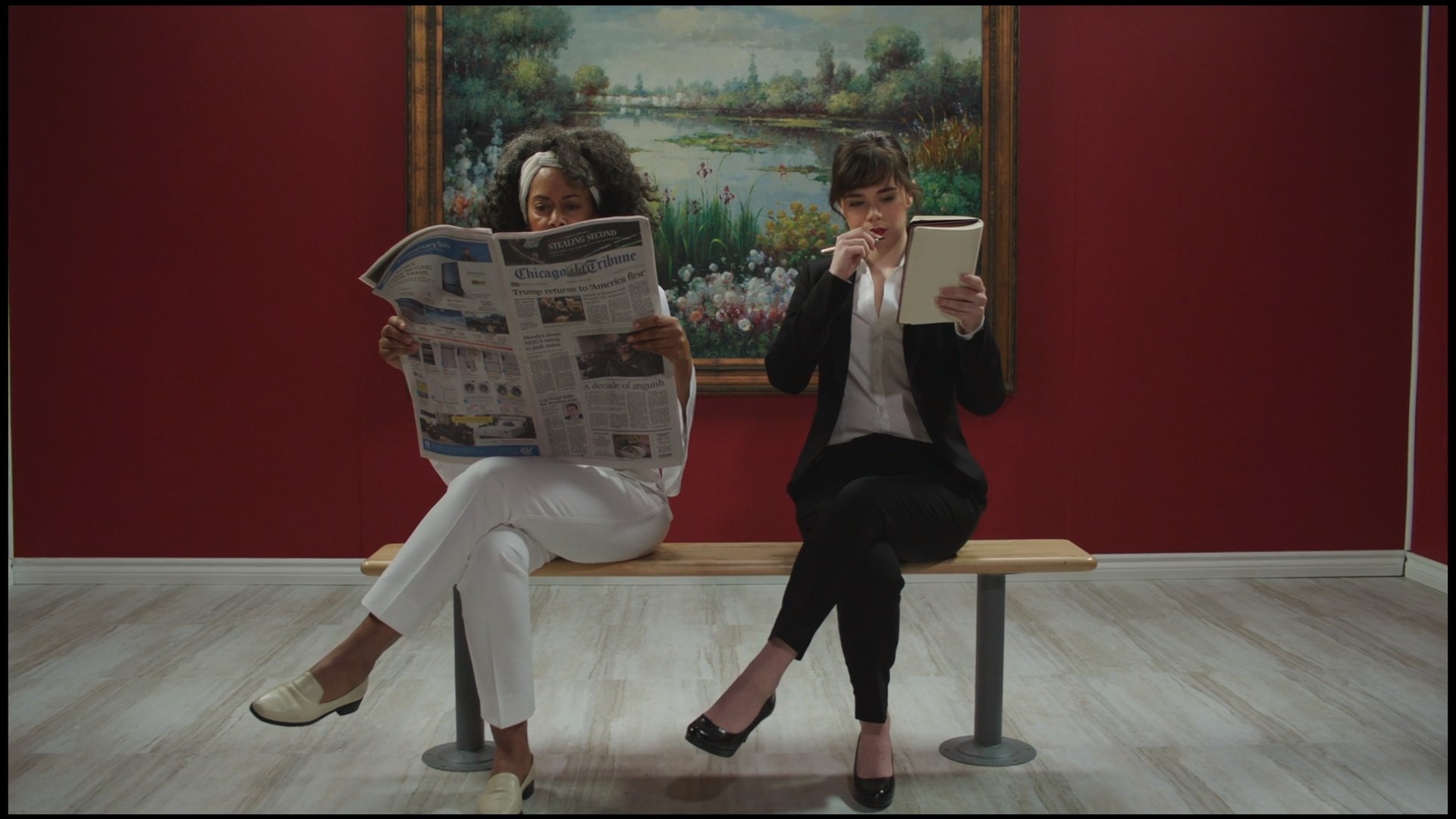 “Egret and Joliah sit in a gallery. Time moves, they don’t. Joliah is a storyteller who has eagerly written a story that reflects her world. Even though Egret repeatedly tells Joliah not to share her story, Joliah tells Egret the story anyways.

The story is of a man who wants to write something truly original but ultimately dies believing his life was meaningless. After Joliah finishes her story Egret starts questioning Joliah as to why she would write something like that. Egret continues to get more frustrated as Joliah refuses to deal with the meaning behind her tale.”