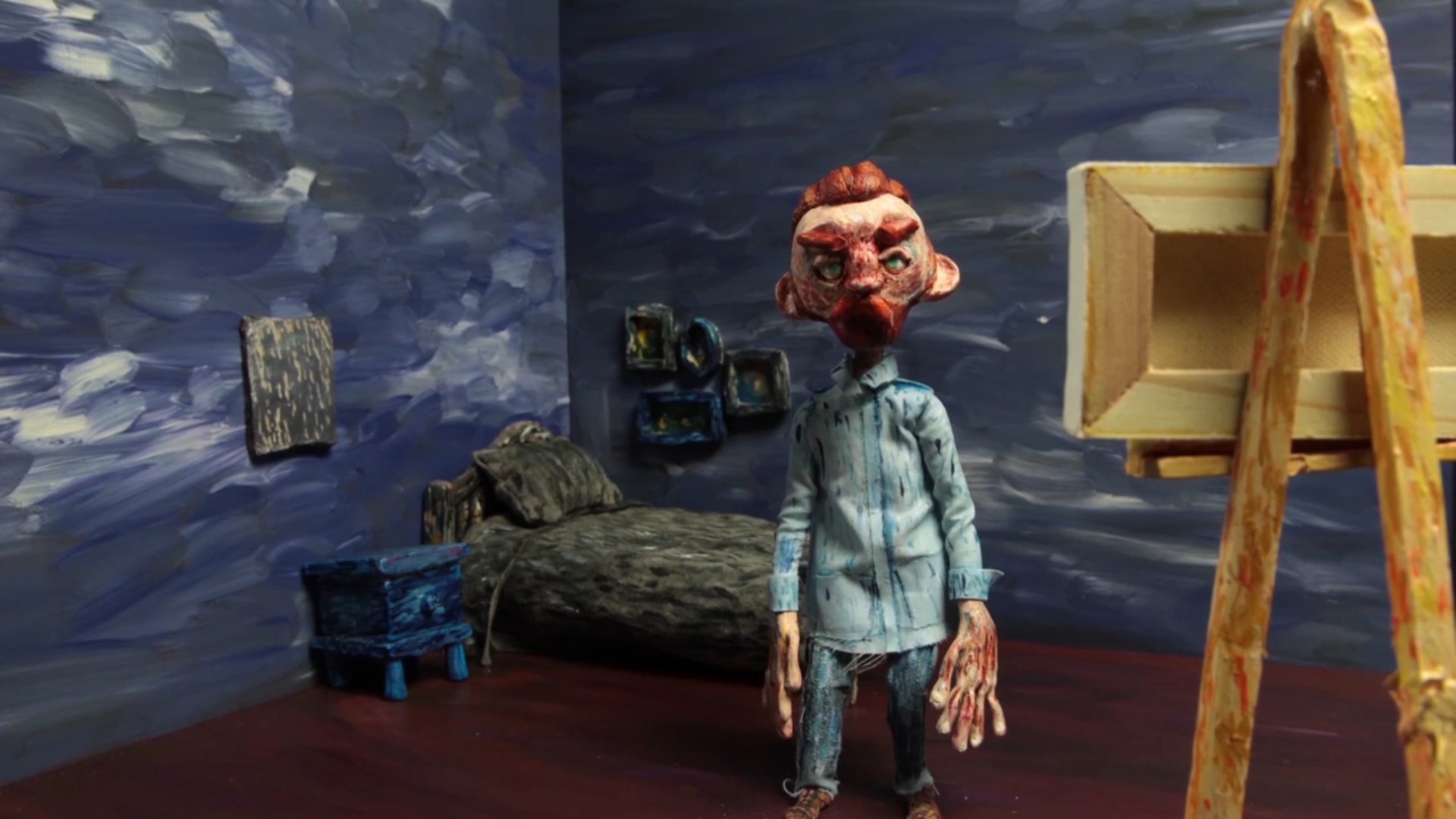 Inspired by the letters between Vincent Van Gogh and his brother, Theo Van Gogh, during the later end of his life; La Tristesse Durera Toujours explores the struggle artists face when our emotional mindset effects our ability to produce work. La Tristesse Durera Toujours follows the experience of the character Van Gogh as he relentlessly grapples with his anxiety towards the blank canvas and falls deeper into his depression. This stop motion film uses color and texture to explore this type of mental frustration and sadness that haunts the character and thereby keeps him from achieving his artistic goals. As Van Gogh moves wildly through the stages of grief, the audience is able to see the character navigate through his darkest moments of depression, peaking of anger towards his work, lowest points of bargaining, forced denial, and, eventually ending on a positive note, his acceptance of a need for a change of behavior.