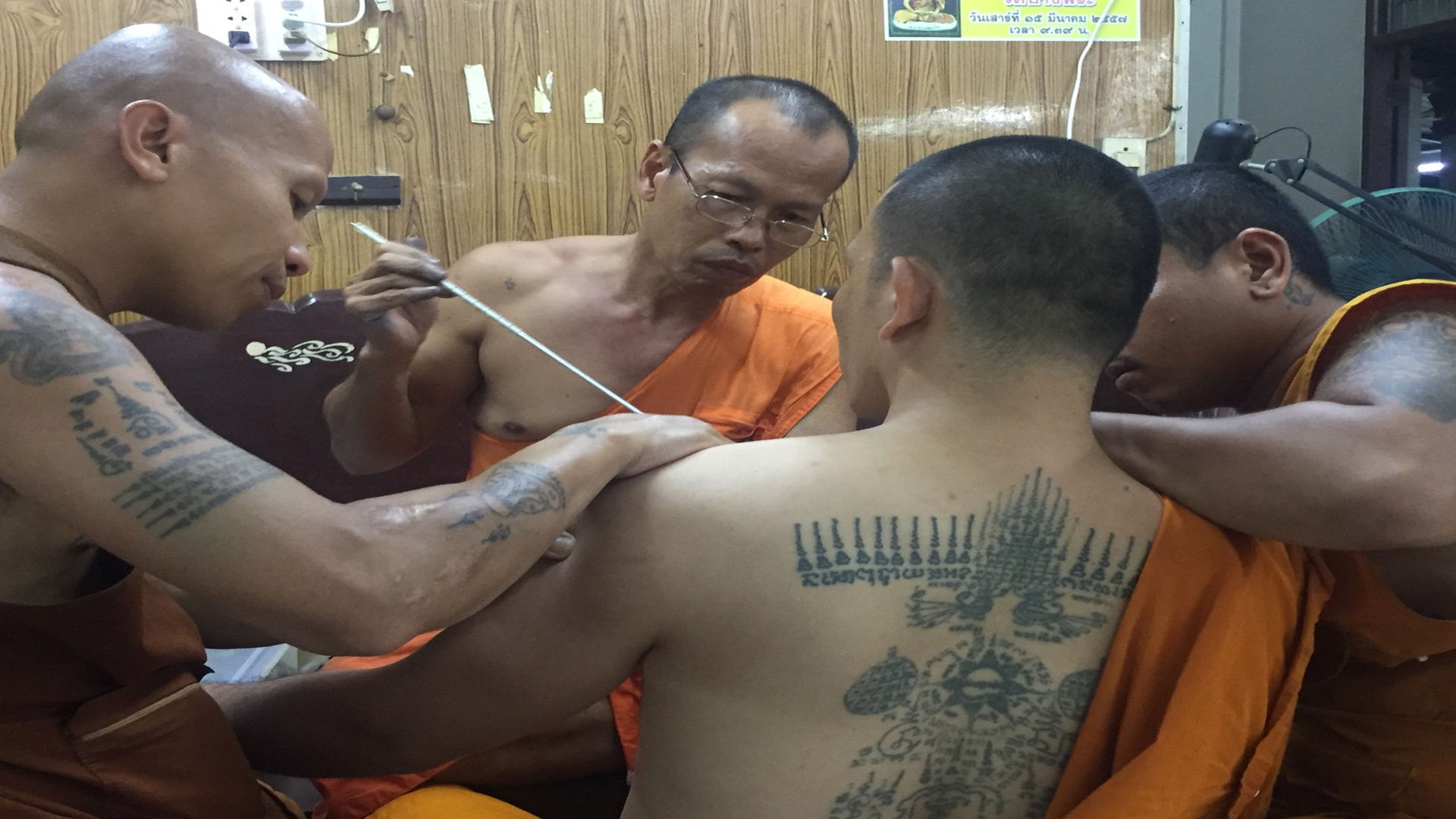 Sak Yant: Thai Magical Tattoo is a short documentary film on a particular spiritual practice and art form widely spread in Thailand. Sak Yant tattoos, based on ancient Indic Yantras, although considered a Buddhist practice, are an expression of the hybridization of popular religions in contemporary Thailand, weaving in elements of Buddhism, Hinduism, and Animism, especially for their dependence on ‘magic’. They’re in fact considered to be powerful symbols for warding off negative influences and sought after for protection, good fortune, love and monetary wealth. The film documents the Wai Kroo festival, which takes place at Wat Bang Phra, a large Buddhist temple, an hour outside of Bangkok, attended every year by over 10,000 people, when Buddhist monks recite kaathaa (incantations) to bless newly made tattoos or reactivate old ones, and when many devotees experience khong Khuen, the altered state of consciousness they enter during this ceremony.

Angels Of The Sky