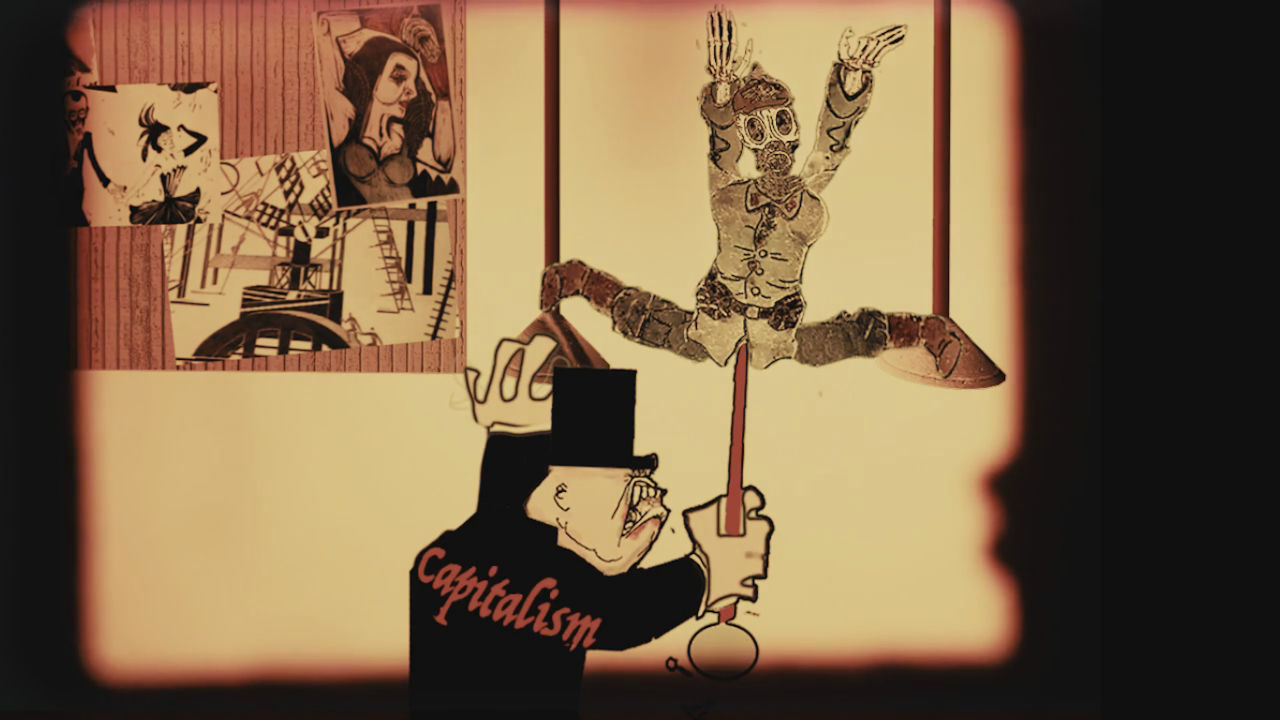 Stenography is a one hour experimental comedy written in prose and poetry. It was inspired by historical circumstances in Germany in 1923 where revolutionaries from both the left and right fought in the streets of Munich for the soul of Germany and the world. The revolutions failed and the leaders were imprisoned.   The play opens with a description of revolutionary circumstances and concludes with an exchange of insults between representatives of the political left and right.  That exchange of insults is named in the text  as “flyting.” The dialogue of the revolutionaries and language of a chorus of stenographers and jailers is written in the Norse Song Meter of “Flyting of Loki” from the Poetic Edda.  The dense faceted narrative is intersected at intervals with a poem of love describing the romantic triangle between mind, words and writing at the origin of consciousness.