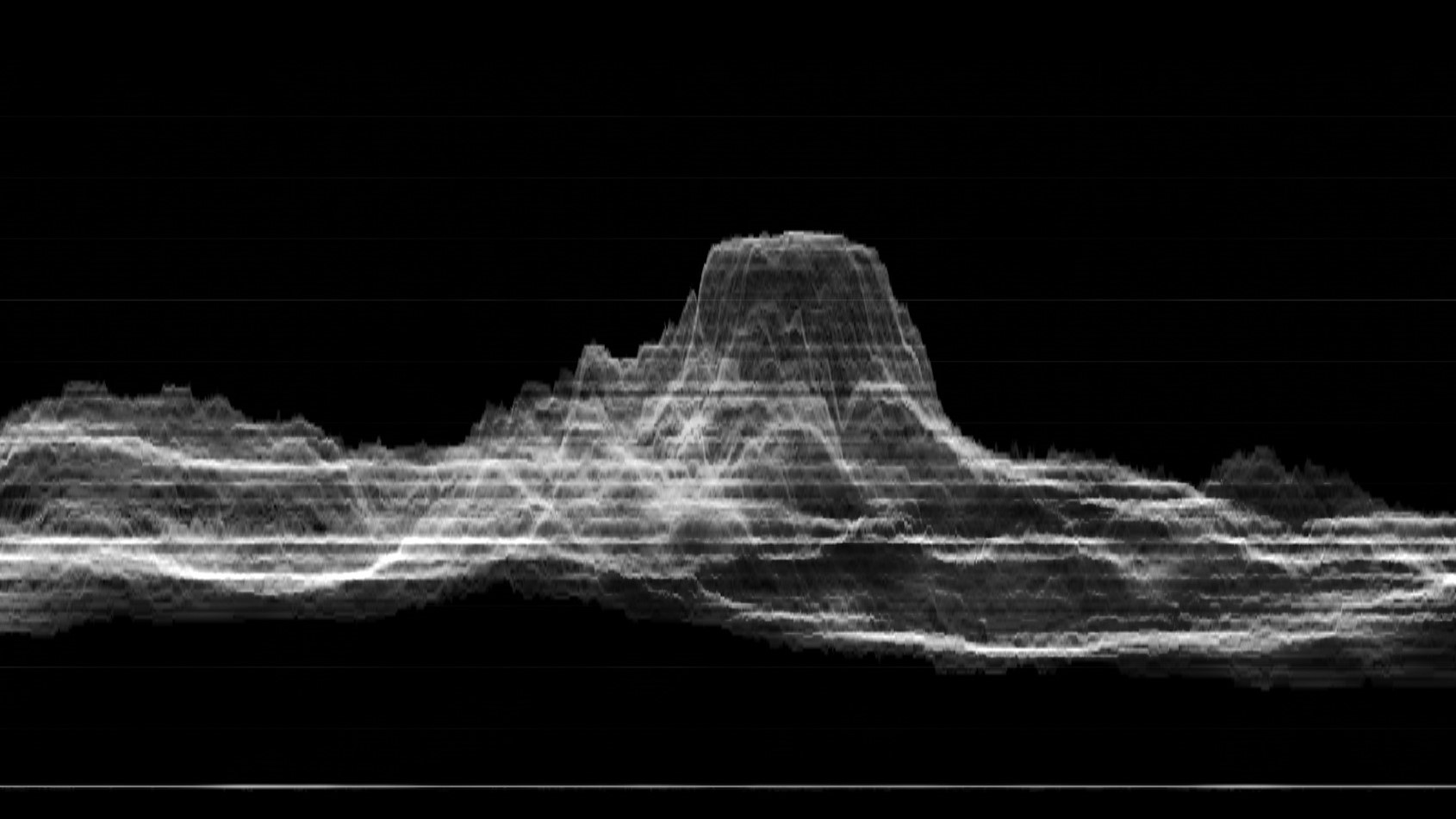 WAVE FORM explores movie viewing, sharing, and making as a means of confronting the experience of mental illness. It illuminates the sustaining, transformative powers of film by transforming a variety of “waves” from cinematic history—ocean waves, waving hands, waves of soldiers—through the luma waveform scope, a technical feature of movie editing software. Converted into luma waveforms, the original filmic images are rendered unrecognizable, their representational nature exchanged for a ghostly, mesmerizing shimmer.

Through these transformations, WAVE FORM’s narrator, Luma, introduces the filmmaker’s struggle with depression and suicidal ideation, only to then meditate lyrically upon how the filmmaker has been preserved, sustained, and inspired by the movie as wave: as greeting, as lifting height, as surface with nourishing depth. The array of cinematic waves Luma names—the spectral renderings ranging from JAWS to MUSTANG to LA DOLCE VITA, from MOONLIGHT to CLOSE-UP to THE GLEANERS AND I—are hauntingly defamiliarized, made stunningly new, as their solid figures dissolve in an aurora borealis-like dance.

WAVE FORM is a testament to the curative power of film, and creativity itself. Above all, it is a film about belief—belief in our creations to express and connect us, and belief in ourselves to create and endure.