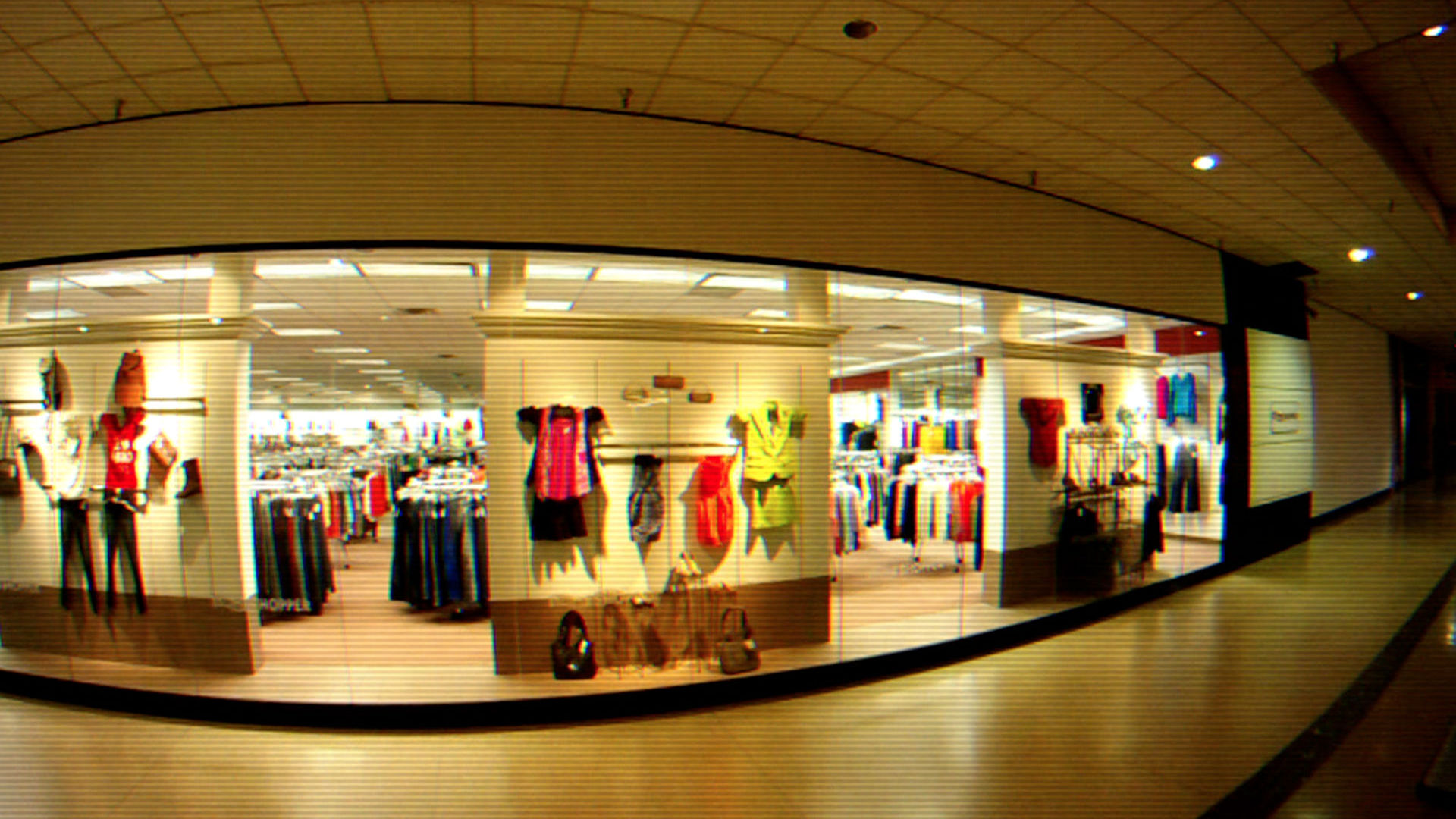 The mall featured in this film is, like many dying malls, a quiet symbol of America’s economic decline and erosion of consumer confidence. American shopping malls, once bright and shiny temples of commerce, have become in many cases like virtual ghost towns. Most malls were built in the mid-70s and reached the peak of their popularity in the 1980s. But in the late 90s, people began to move to online shopping, new upmarket urban shopping communities, and big box discount stores. Outside the mall featured in this film a Target and a Wal-Mart opened across the street, and a K-Mart opened in an add-on wing to the mall itself, pulling consumer traffic away from all of the mall’s once thriving stores. When the economy collapsed in 2008, it was the final nail in the coffin for many struggling malls.

Today, many malls have been converted into other spaces – commercial office parks, university administration offices – but even more have been shuttered and are falling into disrepair. Google “dead malls” and you will find an online community of thousands of people who trade photographs and videos of these abandoned spaces, many of which feature broken windows, long-dead plants, and crumbling walls where once stood the touchstone of the American consumer shopping experience.

“Dead Mall” evocatively floats through the kitsch design, cheesy floor tiling, lilting muzak, empty parking lots, indifferent clerks, shuttered storefronts, soft light and neon letters, glass and plastic and worn carpet, and tiny mom-n-pop businesses that have replaced major chain outlets. The mall in this film is in stark danger of closing for good – in the days spent shooting the film (with hidden cameras, to evade the mall’s bored security force), very few customers ever appeared. “Dead Mall” is a haunting meditation on a time when the American perspectives on consumerism and capitalism were vastly different than they are today.